Angry Ex 'Laid in Wait' Outside Estranged Girlfriend's House Before Fatally Shooting Her New Boyfriend and Himself: Police

Wilson Marcella Ferrer, 28, also shot his ex-girlfriend, who is expected to recover

A Texas man fatally shot his ex-girlfriend’s new boyfriend on Monday, then turned the gun on himself, PEOPLE confirms.

Residents called authorities at just before 9 p.m. on Monday to report that they’d heard shots fired and a woman pleading with her assailant. Responding deputies found Castillo laying on the ground outside her house with a gunshot wound to the abdomen. She was taken to a nearby hospital and is now in stable condition. Long’s body was discovered in the backyard. He was pronounced dead at the scene.

Ferrer was nowhere to be found when deputies arrived, prompting a six-hour manhunt that ultimately ended after 3 a.m., when neighbors reported hearing more gunshots at the scene of the crime.

Authorities returned to the home to find Ferrer hiding inside the garage. He opened the garage door, apparently attempting to flee. When he saw police waiting for him, however, he took his own life.

“We are not sure if he knew we were outside or not, and there was a van in the garage,” Major Chad Norvell told reporters Tuesday, according to ABC13. “He started to open the garage door and stopped and that’s when he shot himself.”

Authorities suspect that Ferrer was angry Castillo had broken up with him months earlier. “He was just an estranged ex-boyfriend. [We] think he was upset about the new relationship she had with this new man,” Norvell said.

Ferrer also attacked Castillo’s neighbors, who called police when they heard her begging for her life. “I heard a woman screaming bloody murder for her life, and when he was on the phone with 911, I yelled, ‘Don’t do this. It’s not worth it.’ Next thing I know I saw a muzzle of gunfire coming at me,” neighbor Rebecca Hall said, adding that she felt “helpless,” Click2Houston reports.

There were three children inside the home at the time of the shooting. They were all unharmed and have since been placed with relatives. 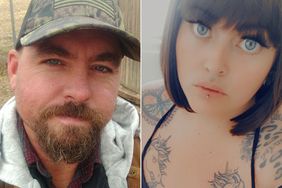 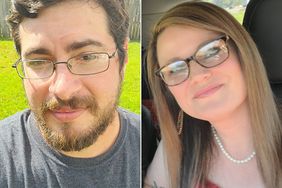 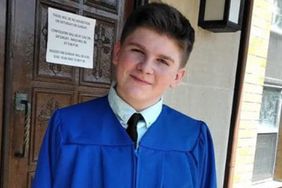 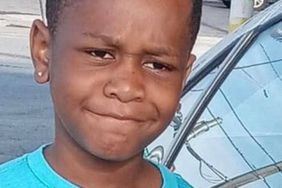 Ill. Boy, 8, Is Fatally Shot While Playing on Front Porch When Assailants Fire at Man in Yard 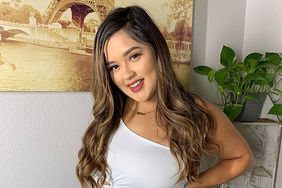