As the one-year anniversary of her slaying approaches, Savannah Paschal is being remembered by her former employer with a 5K walk in her honor

Authorities are still searching for a La Marque, Texas, man who allegedly killed his 30-year-old wife a year ago and went on the run after stealing a Chevy Tahoe at knifepoint from a car dealership.

On Oct. 21, 2020, Trent Vahn Paschal allegedly waited for Savannah Paschal in the bathroom of their master bedroom and shot her, according to a probable cause affidavit obtained by PEOPLE.

Then, while Trent was out on a $550,000 bond after being arrested and charged in connection with Savannah's death, he took off.

Tx. Wife Allegedly Killed by Husband Who Hid in Shower to Ambush Her, Then Posts Video on YouTube

After the shooting, he allegedly apologized to his young children in a recording captured by a neighbor that went viral on YouTube. (The two YouTube videos are separate.)

As part of Trent's bond release, he was ordered to wear an ankle monitor.

Free of the ankle monitor, police allege that Trent went to a Houston car dealership and took a black Chevy Tahoe for a test drive, KTRK reports.

His visit to the dealership was captured on surveillance images, KTRK reports.

During the drive, he allegedly threatened a salesman at knifepoint and ordered him to leave, Click2Houston reports.

"He pulled out a knife and told me to get out of the car," the salesman told KTRK. "I had weird vibes about the guy, like something wasn't right, but I didn't think he was going to steal a car."

The event, held during Domestic Awareness Month, will benefit Bay Area Turning Point, a resource center for domestic violence victims, as well as the Savannah Paschal Scholarship at Disciple Oak Camp and Retreat.

"We want people to know that they're not alone in domestic violence, so you don't have to suffer alone," the company's owner, Brock Bassett, told KTRK. "Savannah Paschal was constantly helping other people but wasn't able to help herself. So, if we can help one person, then we've done our job."

In the meantime, U.S. Marshals continue to searching for Trent, who is still on the lam.

His bonds have been revoked, The Galveston County Daily News reports.

He is charged with murder, aggravated assault and unlawful possession of a firearm in Galveston County.

He is also charged with aggravated assault of a peace officer in Harris County after he allegedly pulled a gun on deputies who were trying to apprehend him after his wife was shot.

He also faces charges of aggravated robbery in Houston.

His attorney has severed ties with him, KTRK reports. He currently has no attorney who can speak on his behalf.

In the meantime, his wife's family is still mourning Savannah's death.

"I miss her every day," her father told KTRK. "Every minute of every day. I really do," he said.

Tx. Man Accused of Killing Wife Allegedly Stole Truck While Out on Bond, and Now He's on the Run 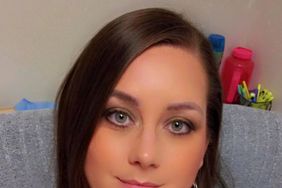 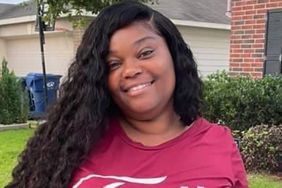 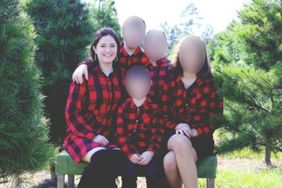