Twenty-five people and an unborn child were killed during a Sunday morning service at the First Baptist Church in Sutherland Springs, Texas, when a gunman walked into the sanctuary and opened fire.

Among the dead are the church pastor’s 14-year-old daughter, a mother of young children and a 16-year-old aspiring NICU nurse.

The Texas shooter, identified as 26-year-old Devin Kelley, a disgraced former Air Force member, was dressed in all-black tactical gear when he began firing with an assault rifle from outside of the church around 11:20 a.m. local time.

The shooter was killed by a self-inflicted gunshot wound later Sunday in a neighboring county after fleeing the church.

Authorities on Monday said the attack stemmed from a domestic dispute, and that the shooter had sent threatening text messages to his mother-in-law, who attended the church.

Here are names, photos and tributes to those killed in the shooting. This list will be updated as more information is available.

Annabelle Pomeroy’s father, Frank Pomeroy, is the pastor at First Baptist Church but he and his wife were traveling on Sunday — though his 14-year-old daughter still attended service, where she was killed in the shooting.

Speaking to ABC News, Frank described Annabelle as “one very beautiful, special child” and said he was in Oklahoma during the rampage. (PEOPLE has not been able to reach the family for comment.)

The teen’s mother, Sherri Pomeroy, told CBS News on Sunday that she was in North Carolina and “trying to get home as soon as I can.”

According to ABC, Annabelle was her father’s youngest daughter.

“We don’t want to overshadow the other lives lost yesterday,” Sherri told reporters on Monday. “We lost more than Belle yesterday, and one thing that gives me a sliver of encouragement is the fact that Belle was surrounded yesterday by her church family that she loved fiercely and vice versa.”

Our building is probably beyond repair and the few of us that are left behind, lost tragically,” she continued. “As senseless as this tragedy was, our sweet Belle would not have been able to deal with losing so much family yesterday. Please don’t forget Sutherland Springs.”

A grieving Charlene Uhl tells PEOPLE her 16-year-old daughter, Haley Krueger, was among the worshippers killed during Sunday’s mass shooting. (A family friend also said Haley was killed in a GoFundMe set up to support the family.)

Haley regularly attended services at the church where she died and even arrived early Sunday morning to help prepare breakfast for the parishioners, her mom says.

“She just loved life and loved everybody she met,” Uhl says. “She loved her church. She was always hyper and ready for anything. She wanted to go to school and be a nurse in the NICU. She loved babies. She had two nephews and adored both of them.”

Haley’s death comes just two years after her father died suddenly, Uhl says. “I already miss her so much.”

Two of Joann’s children were also killed in the attack: Brooke Ward, 5, and 7-year-old Emily Garza. Joann’s 5-year-old stepson, Ryland Ward, survived but was taken to the hospital in dire condition, the family tells PEOPLE.

Joann “cared about people, especially the disabled and people that needed help,” Zwicke says. “She would help disabled people in her community and would help wherever she could.”

According to Zwicke, Joann’s family was devoted to their Christian faith and attended church every Sunday.

As the attack unfolded, Joann was “shielding [her] babies from the shooter,” her friend Vonda Greek Smith wrote on Facebook.

The girls’ older sister, 9, had her glasses shot off her head but survived, the family says.

Brooke, Joann’s daughter with husband Chris, loved to accompany her mom and sublings to church.

“They pretty much went every Sunday,” says Zwicke.

“They were good kids,” says Zwicke.

Three generations of the Holcombe family were killed in Sunday’s shooting, according to relatives and family friends.

Bryan and Karla Holcombe were killed alongside their son Marc Holcombe and Marc’s daughter, Noah Holcombe, as well as their daughter-in-law Crystal Holcombe and her three young children, Greg, Emily and Megan Hill.

The deaths were confirmed to PEOPLE by Bryan’s father, Joe Holcombe. Multiple online fundraisers set up to support the survivors also noted the death of eight of the Holcombe family.

Joe, 86, says two of Crystal’s children survived the attack as did her husband, John Holcombe, who is one of Joe’s grandsons.

Citing the strength of his faith, Joe says, “It’s not as hard on us because we know we’ll be together again and it will be for a long time this time.”

Pregnant with her sixth child — and husband John’s first — Crystal was devoted to home-schooling.

Crystal also lost her unborn child in the shooting. On Facebook on Wednesday, husband John explained that though they didn’t know the child’s sex yet they already had a name.

“This includes Crystal’s pick for a girl, a boy, and the nickname [Billy Bob] the kids gave the baby,” he wrote. “Crystal was very thoughtful when coming up with these names. Carlin means small champion.”

John noted that the child’s first name was an echo of the names for several other relatives, including his mother, Karla, and the mother of Crystal’s first husband, Carolyn Hill.

Megan and her sister, Emily, took top spots in 4-H culinary competitions, according to Crystal’s Facebook page, and were baking cookies to raise money for Hurricane Harvey victims.

Emily had a flair for archery — she won third place in a 4-H competition — and baking Snickerdoodles.

“Emily was quite the little lady,” says a family member. “Real prim and proper. A very sweet child.”

Greg was the oldest of Crystal’s three children killed.

“Greg was a very happy boy — loved life and everything about it,” says a family member.

“He loved to eat and ride go-carts. He raised goats and chickens too.”

Friend Tambria Read says, “Bryan always had a big smile on his face.”

Bryan was set to preach on Sunday at First Baptist because pastor Frank Pomeroy was traveling.

Joe says Bryan filled the role of associate pastor for the congregation, though he volunteered his time and wasn’t salaried.

Read says Karla was part of the church youth group and that she worked at the canvas company with Bryan.

“Karla, like Bryan, was fun and always doing for the youth group at the church,” Read says.

Marc, a mechanic who went by “Danny,” was at church with his infant daughter, Noah, when the shooting occurred.

A coworker told The New York Times he was a man of faith who liked to pull up Bible verses using a phone app.

The massacre’s youngest victim was beloved by her grandmother Karla, who was also killed during the shooting.

Shani Corrigan met her husband when they were high school seniors in Harrison, Michigan.

They buried their son Forrest a year ago and leave two others, Preston and Benjamin, who are active-duty military.

Robert Corrigan was a track star and Air Force retiree who married Shani right out of high school.

“He dedicated his life to our country,” says Renee Haley, director of veterans’ services for Clare County, Michigan.

Robert was in the Air Force for 29 years and worked for Well Med Medical Management after retiring in 2015.

Tara McNulty worked at a bar and was the mother of two children.

A GoFundMe page for funeral expenses and expenses for her children, launched by someone who worked with her, describes her as “conscientious, engaging, and always willing to do the little things.”

“She was a sweet, kind and loving woman, mother and daughter and will be greatly missed by many,” the coworker wrote. “Words cannot express the sadness that this tragedy has caused.”

Read says McNulty “was fun-loving and wanted her children to do well.”

A widower, Richard Rodriguez found love again when he married his wife, Theresa, in 2006.

“He came from a big family,” says his daughter Regina Amador. “We’ve just been sitting around table reminiscing, looking at pictures of them.”

“I lost my mom when I was 18,” Amador says. “It just sucks because I have to go through this again. I’ve just been crying and crying. I’m at my family’s now — my dad came from a big family, and had tons of sisters and brothers. We’ve just been sitting around a table, reminiscing, looking at pictures of them. I can’t believe this is happening, but it’s happening.”

Theresa Rodriguez’s family says she led a quiet life with Richard, her husband of 11 years.

“If they weren’t at church, they’d be in the backyard, working on a garden,” says Amador. “They were amazing people.”

After the shooting, Dennis Johnson’s sister-in-law denounced the slayings on Facebook as a “thoughtless crime” and mourned her family “with a very heavy, heavy heart.”

Originally from Florida, Sara Johnson worked as a secretary at a landscaping company.

“May God be with y’all,” her husband’s sister-in-law Tawna Roberts Specnce wrote on Facebook. “My heart is broken.”

Karen Marshall and her husband, Robert Scott Marshall, who were together 32 years, met in the Air Force in North Carolina and had a son and two daughters.

“They rode motorcycles,” says her sister-in-law Holly Hannum. “They had a love that lasted.”

Robert and his wife, Karen, were “very religious,” says Hannum.

“The one thing I am holding on to is that they were Christians, in the Lord’s house, worshipping Him,” she says. “They loved each other and died together.

Lula White was the grandmother of the gunman’s estranged wife and was the church secretary.

Her niece, Charity Sales, took to Facebook on Sunday evening to express the anguish she has been experiencing since losing her aunt.

“Aunt Lula Woicinski White will be missed greatly,” Sales wrote. “I don’t think there was ever a time I saw her where she didn’t have a smile on her face and a crazy fun tactic up her sleeve.”

Keith Braden, a grocer, was a regular at First Baptist alongside his family, his brother, Bruce, told the Indianapolis Star.

Keith’s wife, Debbie, and their granddaughter survived the shooting.

“He was a good father,” his brother told the Star. “He was strict and fair, but loving. He was a good provider and a good husband.”

“My brother Keith had just fought off cancer the last couple of years,” Bruce said. “He had lost a lot of weight and hair from chemotherapy. I posted a picture on Facebook of him getting his hair and his weight back. He was hoping to have a nice number of years left to live with his family. That was taken away in an instant.”

“She was a woman of faith not just in her church but in the way she lived her life every day,” her sister Leisa Kugler tells PEOPLE. “She was absolutely the most selfless person I’ve ever know.”

Poston, 18, was shot six times and survived. He is in and out of surgery in San Antonio. 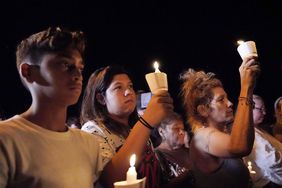 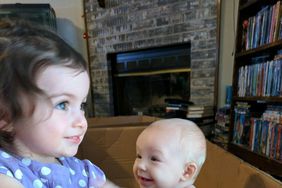 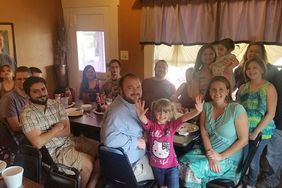 8 Members of the Same Family Killed in Texas Church Shooting: 'We Know We'll Be Together Again' 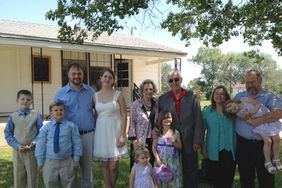 Funerals Wednesday for 9 Family Members Killed in Texas Church Shooting: 'We Know We'll Be Together Again' 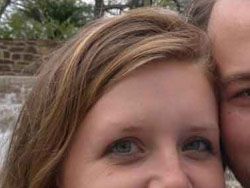