Relatives of Terri Bevers, the fitness instructor found dead in a church last Monday before class, do not believe she was killed randomly.

“I don’t know the reasoning yet – some day I think we’ll find out. But I think she was targeted,” Bevers mother-in-law, Marsha Tucker, tells PEOPLE.

“A lot of us, including myself, really feel like she was targeted,” Stout told NBC’s Dateline.

“When I think and think about this, the only thing I could think of is I could see where a woman maybe jealous of Missy,” she said, using the name her family calls Terri.

Tucker says that Bevers might have tipped her killer off by frequently posting the times and locations of her fitness classes.

“They knew the time she would be there,” Tucker says. “She would put times out there on Facebook. They knew. I mean she did that for people that did her ‘boot camp’ and it was always out there.”

Bevers was discovered unresponsive at approximately 5:00 a.m. on a church floor on April 18 just before she was to teach a fitness class.

Video surveillance released by the Midlothian Police Department shows the suspect first arriving at the Creekside Church of Christ in Midlothian at 3:50 am. Bevers walked into the church building at 4:20 a.m., before the first participant of her boot camp, called Camp Gladiator, arrived at 4:35 a.m.

The suspect was dressed in SWAT gear and may have been a woman, according to police.

Authorities hope that the suspect may be recognized from the video and have offered a $10,000 reward for information leading to an arrest.

The 45-year-old mother of three girls spent most of her time with her family or working out.

“They’re all pretty sports-oriented and that kept her pretty busy,” Tucker says.

“If she wasn’t working out at home, she’s always on the go. There’s a lot of crock-pot meals that she fed her family” to save time, Tucker adds.

“That meant everything to her,” Tucker says. “She didn’t have time for anything else as far as other hobbies. She figured out this is what she needed to do after she tried many things. This is her passion.”

Bevers and her daughters connected through sports, Tucker says. She spent much of her time shuttling her children back and forth to practices for sports like softball and soccer. Bevers also loved playing golf with one of her daughters, according to Tucker.

“They’re doing better than you would expect,” Tucker says about her grandchildren. “One of them asked me, ‘How long before we can be happy?’ And there’s not an answer.”

“It’s such an up and down emotional roller coaster,” Tucker continues. “They’ll be growing up a little quicker than planned.”

Mother-in-Law To Killer: ‘Do You Even Realize What You Have Done?’

“Do you even realize what you have done to her daughters, husband, our whole family?” the letter reads. “Was it really worth it? Why did you think this was so necessary?”

Tucker continues by addressing the family of the alleged killer.

“Right now, they are as guilty as you are, by not coming forward! I honestly pray you do not have children. My granddaughters at least have the knowledge, their mom was a kindhearted, loving, caring person. What a legacy you have doled out to your family!”

She finishes with a plea to the killer to come forward.

“I truly feel worse for your family than mine. Please, come forward!! Give yourself peace, give our family peace. Give some honor back to your family!” 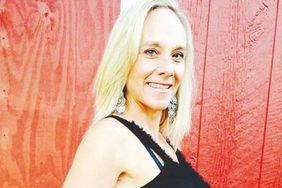 Suspect Seen in SWAT Gear Before Killing of Texas Fitness Instructor Could Be a Woman, Police Say

Husband of Slain Texas Fitness Instructor: 'Her Killer Will Be Caught'

Mother-in-Law of Texas Fitness Instructor Killed in Church Shares Family's Frustration a Month After Murder: 'When They Make an Arrest, Will We Feel Like Celebrating?'