"It finally felt like real justice," Austin McIntosh, one of the sons, tells PEOPLE of the verdict

A Tennessee woman was found guilty on Saturday of torturing her teenage stepsons along with her husband, beating and starving them over a five-month period and forcing them to take ice baths, PEOPLE confirms.

Last year, the boys’ father, Kenneth Michael McIntosh, a former police officer, pleaded guilty to 15 counts of aggravated child abuse. As part of his plea deal, he testified against Cox, the official says.

“I was in shock that the jury had found her guilty,” he says. “Because for a long time she evaded the police and everything, and it finally felt like real justice when she was found guilty.”

During Austin’s testimony last week, prosecutors showed photos of his body taken after he and his brother escaped the trailer home in which they’d been held captive until they escaped after both parents fell asleep, according to court testimony.

The court heard how the boys had been handcuffed together and were swollen from a recent beating, but walked in the early morning hours to Austin’s high school, where a janitor called 911, according to the Knoxville News Sentinel.

Now, Austin and his brother are living with their grandparents, the News Sentinel reports, though it was not clear whether they are their maternal or paternal grandparents.

It is unclear what the motive was behind the abuse — Cox has her own children that were not physically abused despite living with the brothers for a short period of time in 2013, Austin tells PEOPLE.

“Everyone involved was a victim in some sort of way,” Austin says of the emotional and physical abuse of his father and stepmother. “My brother and I were victims, Jessica’s children and her parents were victims, but now me and [my brother] get justice. I just hope everyone else in our family gets justice too.”

Austin is currently studying to be a pilot and wants to fly in the Air Force. He tells PEOPLE that despite the pain he has endured, he is proud of the person he has become.

Of his father and stepmother, he adds, “I hope they both get the help they need in prison. Both have addictive behavior and cannot make wise decisions.” 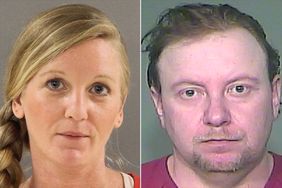