New Activity in Teen's Cold-Case Disappearance While Biking: Why Answers May Be Hiding in Her Community

Calico vanished in September 1988 on her regular bike ride in Valencia County, New Mexico — and nearly 30 years, the investigation continues

With her Walkman cassette player and a Boston tape, Calico was heading out from her family’s house in Rio Communities, New Mexico, on her regular bicycle route of roughly 35 miles. It was to be her first ride since she’d gotten a flat tire a few days earlier, and she planned to be back in time to meet her boyfriend for tennis.

Calico rode mom Patty Doel’s 10-speed pink Huffy but, ever forward thinking, she had nonetheless prepared for another problem. She told her mom: If I’m not back by noon, come look for me.

Her family never saw her again.

At some point in the next two and a half hours after she left home, likely during her return along Highway 47 near the end of her route, Calico vanished from the road under the big blue New Mexico sky, surrounded by miles of brush, desert and ranch-land. Authorities, summoned by Doel amid gathering rain clouds, scoured the area to no avail — though they did eventually discover a cassette tape and a piece of a Walkman which Doel identified as her daughter’s.

Other signs surfaced suggesting a grim fate: Witnesses said Calico was followed that morning by a pickup truck and investigators learned that, in the months before she went missing, “threatening notes” were left on her vehicle.

“I knew, my parents knew, immediately that some foul play had happened,” says Chris Calico, Tara’s older brother, 52. “We didn’t have any idea what.”

Nearly three decades later, they may finally learn the truth.

• For more on the investigation into Tara Calico’s baffling disappearance and her family’s search for justice, subscribe now to PEOPLE or pick up this week’s issue, on newsstands now.

Tara’s case has seen a flurry of activity in recent years. A multi-agency task force examined it in 2013 and 2014 — a key burst of momentum — and both the FBI and the Valencia County Sheriff’s Office are probing at least two living local suspects, though they decline to discuss their probable theories or the suspects’ names.

A review of the voluminous case file, completed in the last six months, laid out further leads, according to Valencia Sgt. Joseph Rowland, the chief investigator. “New info at any point could crack open this case,” he says.

Answers, at last, would mean an end to the strangest mystery Tara’s tight-knit railroad community has ever seen.

“It shocked everybody,” says Clara Garcia, a lifelong Valencia resident and editor of the local newspaper. “We were in limbo. We’ve been in limbo for almost 30 years.”

What Happened to Tara?

After so many years, loved ones still remember Tara, who was studying psychology when she disappeared, as someone willfully pursuing her dreams. Mature beyond her years after recovering from a car wreck in high school, she “wasn’t going to let anybody stand in her way,” says Janie Evans, a friend and coworker with her at the local bank.

Law enforcement sources tell PEOPLE that Tara may have been taken by someone whom she knew. It’s a possibility endorsed by Sgt. Rowland and former Valencia County Sheriff Rene Rivera, who worked as the case’s lead investigator for a decade starting in 1996 and who left office in 2011.

Citing two informants, Rivera thinks Tara could have been killed by at least two teenage boys from the community who acted with two accomplices. He tells PEOPLE one theory was that she was attacked by boys riding together in a pickup truck that crossed her path on her bike ride that fateful September day.

As sheriff, Rivera has said the boys’ families then helped them cover up their crime. He still believes Tara is likely buried somewhere in the county.

Current investigators are skeptical of a conspiracy — though both Rivera and Ron Lopez, a retired chief deputy district attorney long involved in the case, acknowledge previous complications, such as information that seemed to leak from within the sheriff’s office.

Melinda Esquibel, a high school friend of Tara’s and the host of the podcast Vanished: The Tara Calico Investigation, says that with the passing years more people are comfortable coming forward while others who may have been involved have died.

“What makes the town charming is the same thing that makes it kind of scary,” she says, “that you will go to great lengths to protect your own.”

Meanwhile, Esquibel and Tara’s stepsister Michele Doel do grassroots detective work of their own — interviewing people, searching through investigative files and and feeding information to law enforcement.

Says Michele, now 45: “I want to know where she’s at. … But I also want somebody to pay for it and, whether they’re alive or dead, at least acknowledge the fact that it happened.”

If you have any information about Tara Calico’s disappearance, contact the Valencia County Sheriff’s Office at 505-866-2400 or the FBI at 1-800-CALL-FBI or online at tips.fbi.gov. 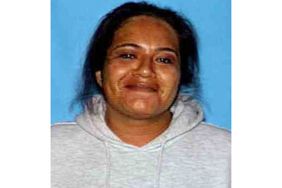 Indigenous Mom Was Spotted Walking Away from Calif. Elementary School in 2010, Hasn't Been Seen Since 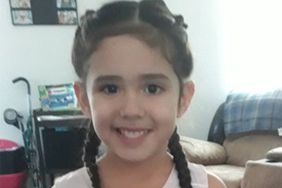