The Seminole Heights neighborhood of Tampa has been on edge for nearly a month — and residents are trying to go about their daily lives with the fear that a serial killer may be in their midst.

The area has been terrorized by three killings of people who don’t seem to have an apparent link to each other. They were fatally shot within a half-mile of each other. Police believe the killings are related.

“I am scared every day,” resident Marisol Linares tells PEOPLE. “When I check my mail, I wonder if I can even get to the mailbox without being shot. I have children who can’t play outside because there may be someone who will shoot them. I want to move away, but I can’t right now.”

Police continue to investigate the killings, and a spokesperson tells PEOPLE that they are looking at numerous leads and tips, but the killer has yet to be found.

Authorities are offering a $41,000 reward for information leading to the arrest of the person responsible.

The increased police presence is appreciated by residents, but it provides little comfort. “They are working hard, but they can’t be everywhere at once,” says Linares. “When their backs are turned, it could happen again.”

Adds another resident, Marshall Bertram: “Nothing feels normal. I get freaked out when I walk outside to my car.”

The first victim, 22-year-old Benjamin Mitchell, was fatally shot at approximately 9 p.m on October 9 while waiting at a bus stop near his home. He was alone at the time. A police spokesperson said in a press conference that he was “a good person from a good family.”

Two days later, Monica Caridad Hoffa, 32, was shot and killed ten blocks away. Her body was found in a grassy plot of city-owned land. “Her life was taken from her with no motive,” her family wrote in an online obituary.

On October 19, the third victim, Anthony Taino Naiboa was shot just 100 yards away from where Mitchell was killed. Naiboa, 20, had autism and had accidentally taken the wrong bus home from work. At a vigil for Naiboa on after his death, his father, Anthony, shared his anguish. “They killed him just for nothing,” he told the mourners. “Like he’s not a human, like he’s nothing.”

Police released surveillance video that was taken the night of the first shooting, depicting a man – described by authorities as a person of interest – dressed in a hooded sweatshirt running away from the neighborhood within seconds of the killing.

The video depicts the individual appearing to flip through his phone with his right hand while walking along an empty street.

Within a minute of the video, the person is seen running in long strides down the street.

“I’ve come up with four reasons why this person is running,” he said, according to the Sentinel. “One, they may be late for dinner. Two, they’re out exercising. Three, they heard gunshots. And number four, they just murdered Benjamin Mitchell.”

Residents of Seminole Heights are hoping that someone will recognize the person of interest and call in a tip.

“Someone has to know something,” says Bertram. “We won’t rest until he’s found. I pray it doesn’t happen again.” 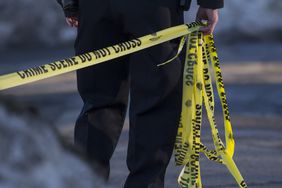 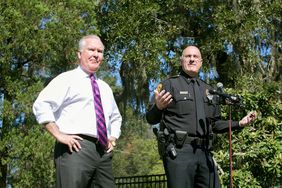 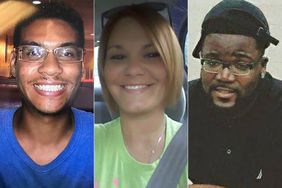 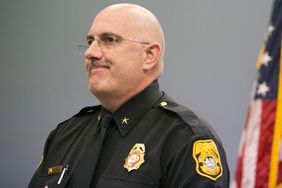 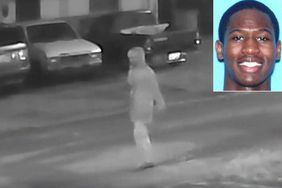 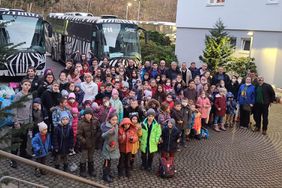 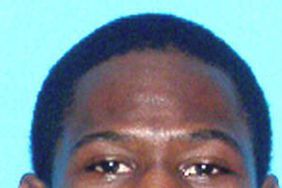 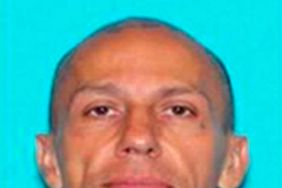