Tamir, who is black, was shot by a white officer while carrying a replica pellet gun outside a recreation center. McGinty called the episode “a perfect storm of human error, mistakes, and miscommunication.” A 911 caller had told dispatchers that that the pellet gun was “probably fake” and that the person holding it was probably a juvenile, but this information was never passed on to responding officers.

The shooting has spurred public outrage because of Tamir’s age and the fact that the gun was fake. Widely-circulated surveillance video shows officers pulling up within a few feet of Tamir in a vehicle, after which Officer Timothy Loehmann steps out of the car and almost immediately fires his gun. Tamir died hours later from his wounds.

McGinty, who said he recommended to the grand jury that no charges be filed, said that enhanced surveillance video shows that “it is now indisputable that Tamir was drawing his gun from his waist.”

He said it was also clear that Tamir intended to either hand over the pellet gun to officers or to show them that it wasn’t real, but that this wasn’t clear to officers.

McGinty said that Loehmann had reasonable belief that he was in danger “given the high stress circumstances and his police training.” He added that it would be unreasonable “if the law required the police officer to wait and see if the gun was real.”

He said a contributing factor was Tamir’s size, and that officers were responding to “a possible active shooter in a neighborhood with a history of violence.”

During the intervening months, McGinty’s office commissioned reports by analysts, which concluded that officer Loehmann’s use of force was reasonable. The Rice family also commissioned outside reports, which found that the officers used poor tactics and that the shooting was not justified.

The officers involved did not testify before the grand jury, but read statements instead. Officer Loehmann told grand jurors that he fired his gun out of fear for his safety after Tamir reached into his waistband and grabbed the pellet gun.

Tamir’s family has expressed skepticism about Officer Loehmann’s account of the shooting and has sued the city and both police officers in federal court.

According to The New York Times, Officer Loehmann resigned from another police department after a “dangerous loss of composure” during firearms training.

McGinty said Monday that he had spoken to Tamir’s mother. “It was a tough conversation. We again expressed the condolences of our office,” and the wish that the events of that day “had unfolded differently,” he said.

He added, “She was broken up and it’s very hard.” 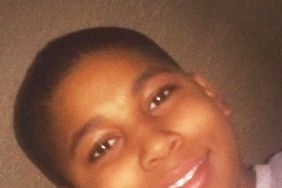 Tamir Rice's Mother Remembers Her Son on 6th Anniversary of His Death: 'This Is So Difficult'

Coroner: Fatal Shooting of Tamir Rice by Cleveland Police Officer Is a Homicide