Law enforcement officials believe they have finally caught the so-called “Pillowcase Rapist” — a man suspected to have sexually assaulted dozens of women in Florida during the 1980s — more than three decades after the case went cold.

In a news conference on Thursday, Robert Eugene Koehler was identified by the Miami-Dade State Attorney’s Office as the suspect who authorities believe sexually assaulted more than 40 women in Miami-Dade County between 1981 and 1986.

The 60-year-old registered sex offender was arrested in his home in Palm Bay, Fla., on Saturday after DNA testing tied him to a sexual assault from December 1983, in which the suspect had stabbed a 25-year-old woman and covered her face with a sheet before raping her, Miami-Dade State Attorney Katherine Fernandez Rundle said. Koehler was charged with two counts of sexual battery with a deadly weapon in connection to that assault.

Additional DNA samples taken from Koehler following his arrest matched him to 24 other sexual assaults that police suspect were committed by the Pillowcase Rapist during that era, according to Fernandez Rundle.

The “key break” in the case came last year when Koehler’s son was arrested in an unrelated domestic violence case, which required him to submit a DNA sample to a criminal database, Fernandez Rundle said. The DNA provided a close familial match to samples collected in the 1980s, leading investigators to believe that the then-unknown offender was his father, according to law officials.

Koehler was convicted of sexual battery in Palm Beach County in 1991, though the conviction predated mandatory collection of DNA samples from felons so he “was able to elude detection all these decades,” Fernandez Rundle said.

County prosecutor Laura Adams said a search was conducted at Koehler’s residence following his arrest and investigators found an area under the house that police believe was where he was building “a dungeon.” Investigators also discovered a metal nail file wrapped in a protective covering and several safes containing what authorities believe could be souvenirs from Koehler’s victim, she said.

“We feared very much that if we had not gotten him into custody that he may have had other plans even worse than what he executed on all of these women from these cases,” Adams said during the press conference.

Koehler pleaded not guilty to the charges stemming from the 1983 assault in a court appearance in Brevard County on Tuesday, CNN reported.

According to online records, Koehler has since been transferred to the Miami-Dade County jail, where he is currently being held without bond.

A public defender for Koehler did not immediately respond to PEOPLE’s request for comment. 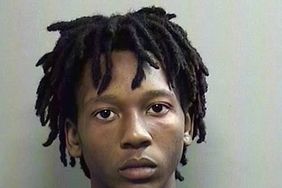