Subway is re-launching its investigation into how much the company knew, if anything, about Jared Fogle s improprieties, according to a statement sent by the company to PEOPLE earlier this week.

“When we first heard about an alleged complaint being made to the company about Jared Fogle, we immediately investigated and found no record that this was ever brought to our attention,” Subway told PEOPLE in statement on Monday. “When we heard about the possibility of a second complainant, we began an investigation that is ongoing.”

The first allegation of a complaint was made by a former Subway franchisee, who said she reported her concerns to Subway in 2008 after Fogle sent her texts allegedly saying that he paid a 16-year-old girl $100 for sex and also seemed to be interested in a kinky encounter with the woman and her underage cousin, according to a Business Insider report.

In an earlier statement to PEOPLE, Subway said: We have no record that this alleged complaint was ever brought to our attention. Had it been, we would have taken immediate action.

The second alleged complaint – which compelled Subway to re-open its investigation – was made several years ago by Rochelle Herman of Sarasota, Florida, who said that she also had tried to inform Subway about Fogle in 2010 or 2011, using the company’s online comment form.

“I stated that Jared Fogle made inappropriate sexual remarks about my children,” Herman tells PEOPLE. She was hoping to prompt an internal investigation of Fogle, she said.

She received a notification that the comment went through, but received no other response, she said.

“It’s really a disturbing story,” Herman told PEOPLE. “He wanted me to put cameras in their room,” she said of her daughter then about 12, the son then around 13. “There’s not even a word in the dictionary for how horrible it was.”

Fogle’s attorney, Jeremy Margolis, did not return a call for comment as of press time.

Fogle, 37, has admitted to having sex with at least two underage girls and to obtaining child pornography of 12 other children as young as 6 years old. He is scheduled to formally plead guilty in an Indianapolis federal courtroom on Nov. 19 and faces 5 to 12 1/2 years in prison. 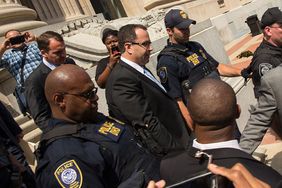 More Audio Released on 'Dr. Phil' Allegedly of Jared Fogle Discussing Sex with an '11- or 12-Year-Old'

Jared Fogle: Prosecutors Ask for More Than 12 Years in Prison in Court Filing 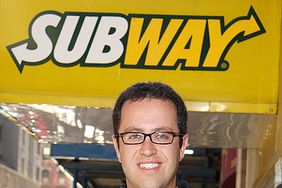