Argentine soccer legend Diego Maradona is denying hitting former fiancée Rocio Oliva after a video surfaced in which he is allegedly seen striking her.

An Argentine TV station first broadcast the video, which Oliva secretly recorded on her cell phone, according to the Spanish newspaper El Mundo, which also posted the footage on its website.

Maradona, 53, a World Cup winner in 1986 and widely hailed as the best soccer player ever, later told an Argentine journalist that the couple did have an argument but that he didn’t strike Oliva.

“Yes, I threw the phone, but I swear I have never raised my hand against a woman,” he told journalist Marina Calabré, according to a translation by New York’s Daily News. “The episode started and ended like that. I admit to throwing the phone, but nothing else.”

In August, Maradona was caught slapping a journalist who he claimed winked at the mother of his child, the Daily News reports. 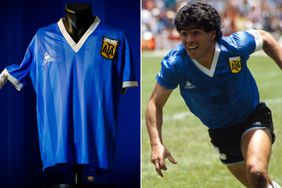 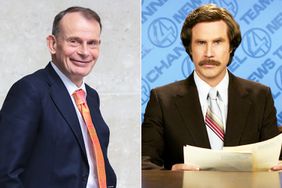