'Like 'Arsenic and Old Lace' ': Sisters in Their 60s Hid Secret of Dad's Murder — Until They Slept with Same Man

Before they each confessed to a former lover, Linda Roberts and Mary Beth Tomaselli had gone four years without being considered suspects in their 85-year-old father's death

At 85 years old, Anthony Tomaselli was a creature of habit.

After watching Wheel of Fortune, the widowed former barber in Palm Harbor, Fla., liked going to the beach to catch the sunset. He read his nightly prayers from cards, in English and Italian. And before bed he liked to drink a favorite cocktail, a vodka and Diet Coke.

But in the weeks after his longtime live-in girlfriend died, his two daughters, Mary Beth Tomaselli, 65, and Linda Roberts, 64, said he seemed confused and forgetful. They wanted him to move into assisted living. He didn't want to go.

The arguments between them turned moot when Linda, a doctor's office receptionist, called 911 on the morning of March 6, 2015, to report that she and her sister had found their father dead on his couch. Given his "advanced age" and medical history that included a prior bout with cancer, Anthony's death was classified as natural, said Pinellas County Sheriff Bob Gaultieri.

Until four years later, when a man who'd slept with both sisters contacted the sheriff's office and played for them a recording of Linda's voice he'd made the previous night on his phone.

"I can't take it anymore — I killed my father," she told the man, he recalled. "Well, we did. We did it together."

The guilty pleas by Linda and Mary Beth earlier this year to second-degree murder enabled the man, who has asked to remain anonymous, and Pinellas County detectives to reconstruct for PEOPLE the events leading up to and after Anthony's asphyxiation murder.

"This is like Arsenic and Old Lace," the man tells PEOPLE in this week's issue, referencing the storyline of a comedic play, and later a 1944 movie, in which two sisters poison lonely old men as an act of charity when they conclude they have nothing to live for. "Who would suspect two old ladies killed their father?"

For more about Anthony Tomaselli's murder, subscribe now to PEOPLE or pick up this week's issue, on newsstands Friday.

They did so, the sisters said, by spiking his evening cocktail with what they thought was a lethal dose of sleeping pills, according to transcripts of their interviews with detectives. When that only made him groggy, they placed a pillow over his head that he fought off.

Mary Beth told detectives that Linda then said to her: "We have to get a washcloth and put it in his mouth, and one of us is going to have to hold his nose, and we had to finish what we had started."

After Anthony stopped breathing, they removed the rag and fell asleep in their father's condo. They called 911 in the morning, with Linda claiming she'd attempted CPR without success. "They knew he was dead, and they played along," says Det. Nelson de Leon.

"There were no red flags. Nobody suspected anything," says Det. Michael Bailey. But during interrogations after Anthony's death was reclassified as murder, both sisters "claimed this was putting him out of his misery," Bailey says, adding, "Except he wasn't in any misery."

Their father's quick cremation made any further examination of his body impossible. At a 2019 news conference announcing the sisters' arrests, the sheriff said they might have gotten away with it — if Linda "hadn't run her mouth to this guy she met in a bar." 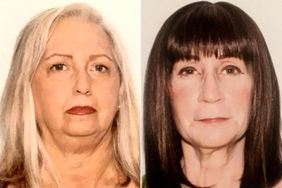 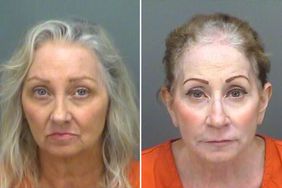