Shia LaBeouf called an officer a “silly man” during his drunken arrest Friday in Austin, Texas, according to the cop’s written testimony in an affidavit. It also claims the actor became increasingly hostile during the incident.

The officer, who found LaBeouf allegedly drunk in the street, wrote that he noticed a “strong odor of alcoholic beverage” and that LaBeouf’s “speech was slurred” at the time of his arrest, according to the affidavit obtained by New York’s Daily News.

“He became increasingly confrontational, aggravated, profane and verbally aggressive with [the officer] throughout the stop, calling him a ‘silly man’ three times,” according to the affidavit.

LaBeouf’s behavior only escalated after he noticed a bystander filming the encounter, causing him to puff out his chest and approach the unidentified third party in a “threatening manner,” the affidavit states. When the cop began to intervene, LaBeouf directed his anger toward the officer, continuing his “verbal tirade.”

According to the affidavit, he then claimed he was a National Guard member and told the officer he needed to “do whatever the f— you gotta do!”

LaBeouf, 29, was attempting to cross the street with two women – ages 18 and 21 – just prior to his arrest. He was charged with public intoxication.

Just days after his arrest, LaBeouf took to Twitter to deliver a cryptic message.

It is unclear whom the actor is not talking to, but the tweet has certainly caught on: It’s now been retweeted more than 4,000 times.

LaBeouf has made headlines since last year for his strange behavior. In June of 2014 he was arrested for being disorderly and causing a disruption during a performance of Cabaret on Broadway. About a week later, PEOPLE confirmed he was voluntarily receiving treatment for alcohol addiction.

An official told PEOPLE that LaBeouf was somewhat belligerent and uncooperative during Friday night’s incident, but he was arrested without the use of force. He was later released.

Just one day before posting the mysterious tweet, LaBeouf was spotted at Leven Rambin and Jim Parrack’s wedding in Buda, Texas, where he served as a groomsman. 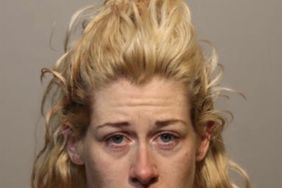 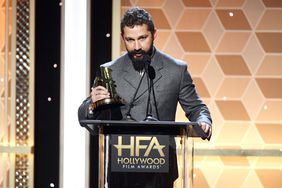 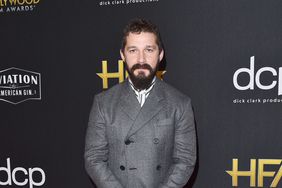 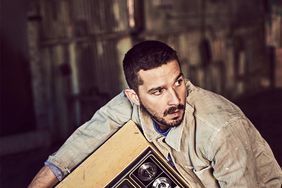 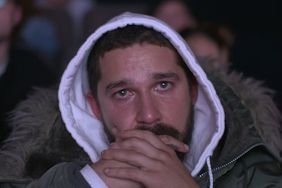 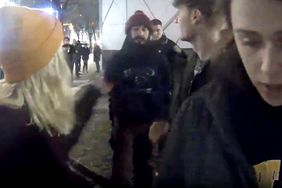 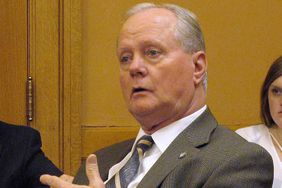