When then-FBI Special Agent Lynn Willett went to a pizza shop in Kirkwood, Missouri, 10 years ago, she did not expect to leave with a kidnapper in custody.

But that’s exactly what happened, the retired agent remembered in a recent interview looking back on the “Missouri Miracle,” when two missing boys were discovered abducted by the same man.

Willett was following a lead on Jan. 12, 2007, in the case of Ben Ownby, a 13-year-old who had gone missing days earlier. She and another agent headed to the Kirkwood pizzeria because its manager, Michael Devlin, owned a truck that looked suspiciously similar to one that had been seen near the site of Ownby’s abduction.

Once Willett got in line for lunch at the pizzeria, Devlin’s behavior immediately raised her concerns, she told the St. Louis Post-Dispatch in a Wednesday interview.

“He glanced up once and then he didn’t look at all,” she said. “That’s my first clue. My Spidey-senses were up, almost immediately.”

The agents asked for Devlin’s permission to search his truck, which he gave. Once it started to rain, they asked him if he wanted to sit in their car for shelter. He sat with Willett in the back seat, she told the Post-Dispatch. The pair talked for hours.

“We sat and spoke for quite a while,” Willett told the paper. “I had a sense very early on, based on the way he was answering questions, that it wasn’t quite adding up.”

“We would talk about a lot of nonsignificant things, and then, once I would steer the conversation back, our focus was on Ben,” Willett said. “We were sitting in the back seat, he was turned to look at me and I was turned to look at him. Looking at the side of his neck, I could see the pulse quicken, I could see a physiological change, when we would talk about the abduction.”

Willett said Devlin broke after she told him that tire tracks could be crucial evidence in Ownby’s disappearance.

“I’m a bad person,” she said he confessed to her.

He admitted to abducting Ownby. But that wasn’t his only crime.

Willett told the Post-Dispatch that Devlin took the agents to his ground-floor apartment nearby. He was told to go in first, so as to not raise any alarm with the boys. Inside, Willett said, Hornbeck and Ownby were “playing video games.”

“Ben just shot up and was in that fight-or-flight [mode],” Willett said. “He runs right into me.”

Authorities say Devlin’s confession that January day ended years of abuse, threats and manipulation for Hornbeck, whom Devlin abducted in October 2002. Ownby was taken for five days in January 2007 — and the search for him inadvertently solved both cases.

Efforts to reach Willett Tuesday were not immediately successful.

Speaking last week, ahead of the 10th anniversary of the boys’ discovery, she told the Post-Dispatch, “I want the story to be theirs to tell. I’m an important cog in it, but it’s a personal thing for each boy and their family. It’s their story to tell.”

The Kidnapped Boys: Their Lives Now

One year after Hornbeck’s release, his parents told PEOPLE he was making progress. They said they stayed close to him to help with his transition.

“There’s hardly any place he can go that somebody doesn’t recognize him and want to give him a hug,” his mom said. “He’s gotten to where it doesn’t bother him anymore.”

“There wasn’t a day when I didn’t think he was just gonna kill me,” Hornbeck told CBS in 2008. “I’m not gonna lie — there were times when it seemed like I was better off dead.”

Hornbeck, now 25, attended private school after his rescue and later got a factory job in Missouri, according to the Post-Dispatch. He spoke to reporters in 2013 following the dramatic discovery of three trapped women in Cleveland.

“I just feel like it’s always going to be part of my life,” he said at the time, of his own abduction and captivity. “Maybe it’s part of my mission, to reach out and offer hope.”

Hornbeck also showed off two tattoos he had, one on each forearm: “faith” and “respect.”

Ownby, 23, lives and attends school in the St. Louis area, according to the Post-Dispatch.

“[He] is doing really well,” a retired sheriff who worked on his case told the paper. “He’s into video production and has shown me some of his work.”

Devlin later pleaded guilty to dozens of counts in both boys’ disappearances. He is serving 74 life sentences.

In 2014, it appears Hornbeck tweeted about Willett by name, writing, “Thank you to Lynn Willet for giving me back freedom.”

She later replied, on the 2015 anniversary of his freedom, “Today will always have great meaning for me and my team. Our only wish would have been to help you sooner.” 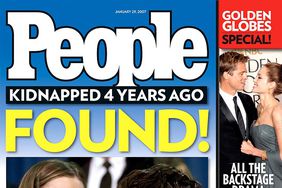 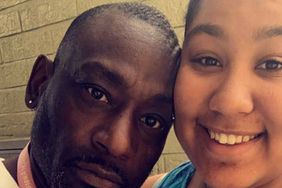 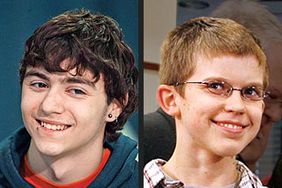 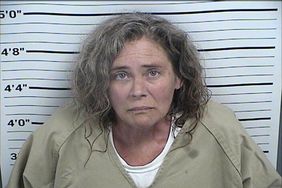 Shawn Hornbeck Says He Kept Hoping for a Rescue