Watts, a mother of five, started Moms Demand Action to curb gun violence: "Moms are afraid our children are going to be taken away"

Shannon Watts remembers how scared her then-12-year-old son was after the 2012 mass shooting at a movie theater in Aurora, Colorado.

“He went to see the Batman movie right after the shooting, and he thought he was going to get attacked in the theater,” she tells PEOPLE. “He started having panic attacks and nightmares.”

When a Sandy Hook elementary school was rocked by a shooting months later, Watts thought, “I’ve got to protect him from this because it’s going to send him back to where he was after the shooting in Aurora.”

But when she sat down and told him what happened, she was shocked by his reaction: “He said, ‘Well, this is what happens in America.’ … He believed that mass shootings have become sort of a common occurrence.”

“To me, that was even more concerning than being fearful,” Watts says.

After the Sandy Hook massacre, the stay-at-home mother of five decided to do something. “Like so many other mothers in this country, I was incredulous and devastated that 26 Americans could be slaughtered in the sanctity of an elementary school,” she says. “I was also angry.”

The day after the shooting, Watts went online to find a way to get involved. Finding nothing, she started a Facebook page called One Million Moms for Gun Control.

She soon got hundreds — then thousands — of likes on the page.

“So many moms had that same idea that day,” Watts says. “It was like lighting in a bottle.”

“The gun lobby managed to make gun extremists wrongly afraid that their guns would be taken away,” she says. “But moms are afraid our children are going to be taken away. That’s the emotion that helps us wake up every single day as volunteers.”

“I am a patriotic American,” Watts says, adding that she is not anti-gun. “Both of my grandfathers fought in World War II.”

But, she adds: “It’s clear gun laws work. The data shows that.”

• For more on Shannon Watts’ work to reduce gun violence, subscribe to PEOPLE or pick up this week’s issue, on newsstands today.

Renamed Moms Demand Action for Gun Sense in America, the group grew to 130,000 members in its first year, with chapters in every state.

In 2013, Moms Demand Action partnered with Mayors Against Illegal Guns. A year later, both organizations became part of Everytown for Gun Safety. Combined, Moms Demand Action and Everytown have three million members who email and write letters, make calls and turn up in person, en masse, to advocate for measures designed to reduce gun violence.

So many moms started showing up — with their children in tow — that Moms Demand Action began holding “Stroller Jams.”

“This would create such a logjam in the statehouses, that lawmakers couldn’t get by without talking to us,” Watt says.

Moms Demand Action has helped persuade companies such as Starbucks and Target to stop allowing guns to be brought into their stores. The group also got Facebook and Instagram to prohibit private, unlicensed gun sales on their platforms and helped get background check laws passed in seven states.

“There is still a lot to do,” Watts says. 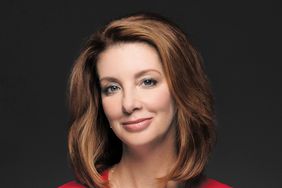