The eye-raising pastime of Todd Kohlhepp worried his girlfriend long before he was revealed to be a violent kidnapper and killer.

“I would say if Todd had a hobby, it was talking about weapons,” the former girlfriend, Holly Eudy, says in episode two of the three-part limited series Serial Killer: Devil Unchained, airing Monday at 9 p.m. ET on Investigation Discovery. (A clip is above.)

“He had at least two guns and two knives in every room of his house, including his laundry room, including the bathrooms,” she says. “I asked him how he was getting his weapons and he told me, ‘I’m purchasing them illegally.’ He didn’t say with who.”

In 2016, the recovery of a shackled Kala Brown from a locked shipping container on Kohlhepp’s South Carolina property two months after Brown had vanished — and Brown’s claim that he’d shot and killed her boyfriend, Charlie Carver — would lead to Kohlhepp being investigated and sentenced for seven murders committed over 13 years.

But before his role in those killings and Brown’s abduction were revealed, Kohlhepp would fall into a secretive relationship with Eudy, who was married at the time.

Eudy met Kohlhepp in 2002. Four years later, after unexpectedly running into him, Eudy invited Kohlhepp to stop by her workplace, where “out of nowhere he just kissed me, like randomly out of the blue,” she says in the episode.

“At the time my husband and I weren’t doing good,” says Eudy. “I wasn’t looking for attention, but when the attention came my way, I didn’t turn it away.”

In 2014 she gave Kohlhepp money to buy the shipping container from which Brown later was rescued, thinking he might use it to store items such as food and ammunition, Eudy told journalist and series narrator Maria Awes.

On November 3, 2016, more than two months after Brown and Carver had vanished on August 31 — a note on Brown’s Facebook page said they were going to work that day on Kohlhepp’s 100-acre property in Woodruff, South Carolina — authorities chasing a tip about a sex crime ventured onto his land and heard banging coming from within the metal container.

How a Suspected Serial Killer’s Final Victim Escaped Him Alive: ‘I Won’

Inside they found the disheveled 30-year-old Brown, in restraints with a locked chain wrapped around her neck. Kohlhepp was arrested; Carver’s body was later discovered on the same property.

In custody, Kohlhepp admitted to murders that solved the mystery of four people shot to death in 2003 inside Superbike Motorsports in Chesnee, South Carolina. He also pleaded guilty to the murders of a couple, Johnny and Meagan Coxie, who went missing in December 2015 and whose bodies were recovered from Kohlhepp’s property after Brown’s rescue.

He is currently serving seven consecutive life sentences in prison without the possibility of parole.

Did he burnish his claims about leaving other bodies in his wake, seeking to boost his profile as a more prolific murderer?

Eudy, at least, says she was too scared to tip off authorities about his weaponry. “I was the only person that knew this information,” she says of the stockpile she saw in his home, “so if I did say something, it would obviously be me that told on him.” 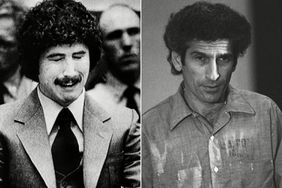 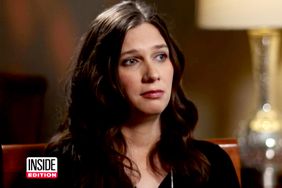 Ex-Girlfriend of S.C. Serial Killer Speaks Out: 'I Knew There Was Something About Him' 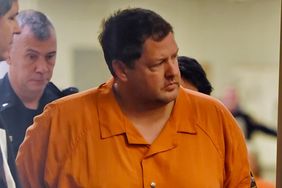