A nationwide effort to identify the remains of eight unknown victims of serial killer John Wayne Gacy has led to a break in an unrelated cold case in San Francisco from 36 years ago.

The half-sister of Andy Drath, a 16-year-old boy who vanished from Chicago in either late 1978 or early 1979, answered Dart’s call. While her genetic material didn’t match any of Gacy’s eight unknown victims, the sample she provided was entered into the federal DNA database.

In 2014, DNA tissue from a body that was discovered in 1979, riddled with bullets, was uploaded into the system, and returned a genetic match for Drath.

Drath was officially identified on September 10, giving San Francisco police their first lead in the homicide case in decades.

Dart issued a press releasing, saying Drath would be removed from the U.S. missing person’s database. Meanwhile, Drath’s relatives in Illinois are making arrangements to have his remains interred.

“On this bittersweet day, I’m thankful that Andy Drath will be brought home and laid to rest with the dignity he deserves. This breakthrough illustrates that we should never give up on a cold case, no matter how hopeless it appears,” said Dart. “I pledge any and all needed resources to the authorities in California as they seek to identify Andy’s killer.”

Police still don’t have clues as to who killed Drath or why. Since reopening the Gacy file, Dart claims 12 cold cases have been closed.

Gacy, nicknamed “The Killer Clown” because he dressed up like a clown, was responsible for the deaths of 33 teenage boys and young men in Chicago from 1972 to 1978. He was executed in 1994. 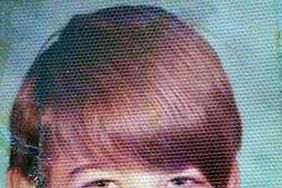 Authorities ID Another Victim of 'Killer Clown' John Wayne Gacy: 'My Brother Somehow Ran Into Him'