Clare Bronfman, the heiress to the Seagram liquor fortune, was arrested and charged in connection to Nxivm's sex slavery case

Clare Bronfman, the heiress to the Seagram liquor fortune, was arrested and charged in connection to the controversial self-help group Nxivm, which one former member has described as a “cult.”

Bronfman, 39, was arrested in New York on Tuesday and charged with “racketeering conspiracy involving an array of crimes” which include identity theft, extortion, forced labor, sex trafficking, money laundering, wire fraud and obstruction of justice, according to a press release from the U.S. Attorney’s Office for the Eastern District of New York.

She was arraigned the same day, pled not guilty racketeering charges and was released on a $100 million bond, according to the Associated Press.

Her attorney Susan Necheles did not immediately respond to PEOPLE’s request for comment.

Necheles said Bronfman “did nothing wrong” and that Nxivm was not “a criminal enterprise,” in a statement to the AP.

Three other people were also arrested Tuesday, including Kathy Russell, Lauren Salzman and her mother Nancy Salzman. Bronfman, Russell and the Salzmans were charged with the same crimes alongside Nxivm’s founder Keith Raniere and former Smallville actress Allison Mack.

Bronfman, the daughter of the late Seagram CEO Edgar Bronfman, served as a member of Nxivm’s executive board.

The heiress has properties in New York City, Fiji, and California, and has assets of about $100 million, NBC News reported.

Because of her wealth, which includes a reported trust worth $100 million, she is considered a flight risk, according to the outlet. She’s been placed on house arrest with an ankle monitor until her hearing on Friday.

The U.S. District Attorney claims Bronfman helped Raniere — known as “Vanguard” to his followers — monitor the electronic communication of his “perceived enemies and critics.”

The two allegedly used the credit card and banking information of one of Raniere’s sexual partners after her death in November 2016. The card was allegedly used to pay for a chiropractor, and thousands of dollars were allegedly spent on clothes and shoes for the mother of Raniere’s child.

Bronfman has also been accused of providing illegal entry to an immigrant for her own financial benefit, according to the U.S. attorney’s press release.

In 2010, long before Nxivm entered the public consciousness, Candian publication Macleans reported that Bronfman alongside her sister Sara, has lost US$100 million investing in schemes controlled by Raniere.

Raniere was arrested in Mexico in March and charged with several sex trafficking and forced labor counts.

Inside Nxivm: A Secretive Self-Help Group Accused of Recruiting Young Women as Slaves—and Branding Them

One month later, Mack was arrested for alleged sex trafficking and for allegedly recruiting women to join what was purported to be a female mentorship group to address their weaknesses but was actually a group created by Raniere that allegedly took advantage of women sexually.

FBI Assistant Director-in-Charge Sweeney said in the statement at the time that the case has “brought to light an inconceivable crime,” referring to Nxivm as a “pyramid scheme” at which Raniere stood alone at the top, with a level of female “slaves” underneath.

According to the statement, Mack was allegedly “one of the women in the first level of the pyramid immediately below Raniere.”

As such, she allegedly had “slaves” underneath her, according to the statement, which claims Mack “directly or implicitly required” two women “to engage in sexual activity with Raniere.”

Oxenberg, 56, first opened up to PEOPLE last year about how she believed India had been “brainwashed” by NXIVM.

The criminal complaint against Raniere alleged that he encouraged the formation of a secretive subgroup within Nxivm called “Dominus Obsequious Sororium,” (DOS) in which women were coerced into serving as sex slaves to their male masters.

Raniere and Mack also face mandatory minimum sentences of 15 years in prison up to life in prison on charges of sex trafficking. 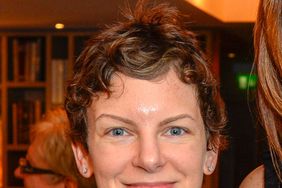 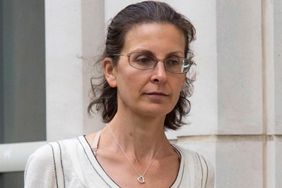 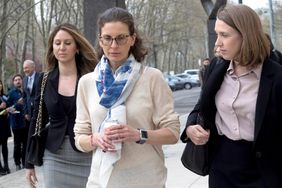 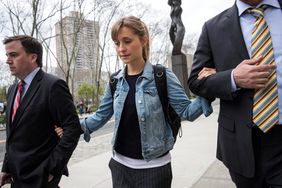 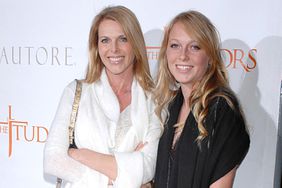