Several years ago, the statement claims, Ownbey was in a relationship with a man who allegedly secretly videotaped a private encounter on his cell phone without her consent. The man allegedly later admitted to Ownbey about recording the video and threatened to release it publicly if she broke up with him. According to the statement, Ownbey told the man she would press charges if he released the clip -- and the pair didn't speak again for years.

But shortly after Ownbey was elected mayor late last year, she began to hear rumors that the video might be released. Ownbey immediately requested an investigation by the South Carolina Law Enforcement Division. She knew an investigation “would subject her to a great deal of adverse publicity" but she "refused to tacitly condone the man's repugnant behavior by staying silent," White says in the statement.

"She realized that, as a female leader, she had to stand firm against this kind of conduct that other females would see her example and fight back," White says.

The video was released, and while Ownbey was victim-shamed, she was determined to not back down.

Ownbey wants to change that.

"It is time for South Carolina to enact a legislation to protect women from this kind of sexual predatory behavior," White says. "Tiffany plans to lead the change."

SLED has since launched an investigation into the video after a request from the Belton Police Department, according to the Greenville News.

"This is a start!!!!!! Let’s go. ANYONE could be a victim of this regardless of the circumstance! Get this into law to protect others," Ownbey wrote on Facebook following news of the investigation. "People can bash me all they want but this could happen to anyone’s daughter and probably is happening as we speak. What are you going to do when YOUR daughter is a victim and there is no law to protect her? Regardless of whether you like me or not this is NOT right."

No arrests have been made and no suspects named.

On Thursday morning, Ownbey posted on Facebook, "I would like to remind you all that I am STILL the Mayor of Belton SC but I am also the mother of young children. That being said, I would encourage you to please show my family as well as my children the respect and privacy that you would seek at this time! God bless you all!" 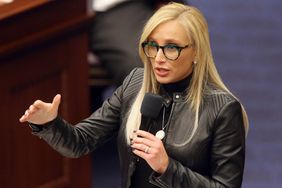 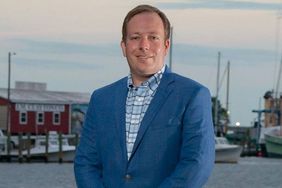