"It's too early in the investigation to comment on charges," Santa Fe Sheriff Adan Mendoza said during a press conference Wednesday about the Rust shooting that killed cinematographer Halyna Hutchins.

Mendoza said investigative teams suspect there were other live rounds on set in addition to the one fired by Baldwin, adding, "I think there was some complacency on this set."

Following Mendoza's comments, Santa Fe District Attorney Mary Carmack-Altwies echoed that in terms of criminal charges against Baldwin or others, "all options are on the table at this point" and "no one has been ruled out" as they search for answers as to what led to the fatal shooting on the set of the Western film.

Since the shooting last Thursday, which also left director Joel Souza injured, questions have swirled about what caused the tragedy.

According to a search warrant affidavit from the Santa Fe County sheriff's office, assistant director David Halls handed Baldwin a gun for a rehearsal, yelling "Cold Gun!" to indicate that it was not loaded and safe to handle. Baldwin then shot the gun during the scene, hitting Hutchins and Souza.

Neither Halls nor Baldwin knew that the gun had live ammunition in it, according to the affidavit.

Carmack-Altwies told the New York Times that detectives found a large amount of ammunition on the Rust set, and pointed out that while described as a prop gun, the weapon was "a legit gun."

"There were an enormous amount of bullets on this set, and we need to find out what kinds they were," she said.

An inventory of the set released by the sheriff's office on Monday from their search revealed that three revolvers were found on set, in addition to spent casings and ammunition, some of which was found loose, in boxes and even in a fanny pack, the New York Times reported.

Carmack-Altwies did not specify what kind of ammunition was found, nor was it listed in the inventory.

Mendoza revealed Wednesday that the gun handled by Baldwin during the incident was a Colt .45 revolver.

Several cast and crew members have spoken out about the conditions on the Rust set in the wake of the tragedy.

Ian A. Hudson, an actor in the movie, described filming one scene to TMZ as "life-threatening," while gaffer Serge Svetnoy blamed Hutchins' death on "negligence and unprofessionalism."

District Attorney Says 'Enormous Amount of Bullets' on Rust Set, Criminal Charges Are 'on the Table'

As for Baldwin, who fired the gun thinking it was safe to do so, trial attorney David Ring told PEOPLE that while he doesn't think the actor will "have criminal culpability" in the actual shooting of Hutchins, Baldwin could face criminal charges for his role as one of the producers of the film.

The investigation remains ongoing, with production on the film halted. No charges have been filed.

District Attorney Says 'Enormous Amount of Bullets' on 'Rust' Set, Criminal Charges Are 'on the Table' 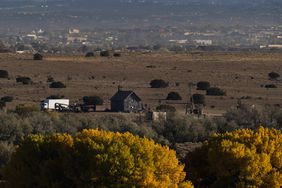 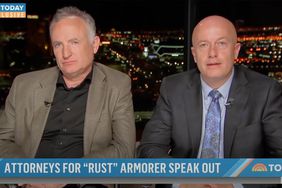