Samuel Olson's body was found on June in Jasper, Tx., after authorities received an anonymous tip from CrimeStoppers

A Texas woman has been charged with capital murder in the death of Samuel Olson, the 5-year-old boy whose body was found in a Texas hotel room on June 1.

Theresa Balboa, the girlfriend of Samuel's father, had previously been charged with tampering with evidence of a human corpse in connection with the death of the boy.

The Harris County District Attorney's Office alleges that Balboa struck Samuel with a blunt object, according to court records, the Associated Press reports.

Balboa, 29, is scheduled to appear in court Monday.

Samuel's body was found in Jasper, Tx., 1 after authorities received an anonymous tip from CrimeStoppers. When officers arrived on the scene, they found a plastic container containing Samuel's decomposed remains. He had been wrapped with black plastic bags and secured with duct tape.

According to an arrest report obtained by ABC-13, Balboa's roommate, Ben Rivera, 27, gave an interview to police investigators when he was arrested. According to the report, he alleged that he received a call from Balboa on May 10 during which she said Samuel was not breathing.

When Rivera came home, he allegedly said he saw the child bruised and unconscious. He allegedly said he and Balboa placed Samuel's body into a bathtub where he remained for two days. Rivera also allegedly told police that he bought a plastic tote bin and helped transfer the boy's body to a storage unit, according to the arrest report.

The boy's body was later taken to the motel where he was found.

Balboa, who previously claimed that Samuel had been taken from her Houston apartment, was arrested on a charge of tampering with evidence of a human corpse after she was also found at the motel, Houston's assistant police chief, Heather Morris, told reporters in a June press conference.

Lawyers for Balboa, Rivera and Walker could not be reached for comment. It was not immediately clear if any of the suspects have entered pleas to the charges against them. 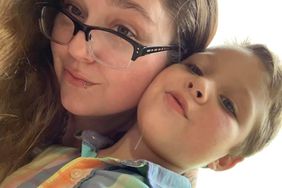