Rosanna Arquette has received undisclosed damages and an apology from the Britain’s News of the World after it ran a story in November claiming the actress once had a drug problem, reports the BBC.

“This upsetting and untrue allegation has caused me a lot of distress,” said the Desperately Seeking Susan star and sometimes-companion of Paul McCartney.

In its article retraction, the newspaper said, “We are happy to clarify the situation and apologize to Ms. Arquette. … In fact, her only involvement with drugs was when she experimented with marijuana when she was a teenager some 30 years ago.”

Arquette intends to contribute the monetary damages to the Children’s Hospital in Los Angeles, saying of the entire incident: “I felt it was something I had to take action about, and I feel so much better now that the true position has been made clear.”
– Stephen M. Silverman 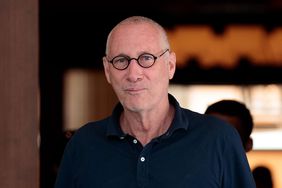