Robert Durst has long been linked to three mysterious crimes: the 1982 disappearance of his wife Kathleen, the 2000 shooting of friend Susan Berman, and the 2001 murder and dismemberment of neighbor Morris Black.

For more than three decades, he has maintained his innocence and avoided saying anything incriminating – until now.

After filming the final interview for the HBO docuseries The Jinx, Durst went to the bathroom, his microphone still live.

“You’re caught,” he muttered to himself. “What the hell did I do? Killed them all, of course.”

The apparent confession caught producers off guard, but hardly surprised them.

“I think on some level, he wanted the confession to be out there,” producer Andrew Jarecki tells PEOPLE. “Bob Durst does not feel truly alive unless he’s putting himself at risk. He gets bored and likes to experiment. He wants to be in danger, to be on the edge. It gives him a rush.”

“This was a preordained process for Robert Durst,” Jarecki continues. “I was organizing the meeting date, but he was deciding what to say. He had the agenda.”

Upon hearing what sounded like a confession, producers say they alerted the FBI. “All our evidence was handed over to the proper authorities,” Jarecki says.

The authorities acted quickly, arresting Durst in a New Orleans hotel Saturday. He was charged with on count of first degree murder with the special circumstances of murder of a witness, lying in wait and gun use allegations.

According to a representative of the Los Angeles District Attorney’s office, Durst waived extradition on Monday and will be brought back to Los Angeles to stand trail for Berman’s killing. Prosecutors will decide at a later date if they will pursue the death penalty.

Now in custody, it’s unclear whether Durst regrets participating in the docuseries. Jarecki says that the whole thing was Durst’s idea.

“He sought us out to work with us,” he says. “It happened at a visceral, intense level. He wanted to confess.”

Robert Durst: 'Killed Them All, of Course' 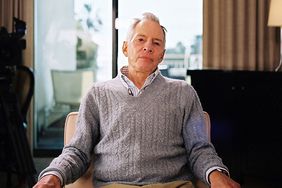 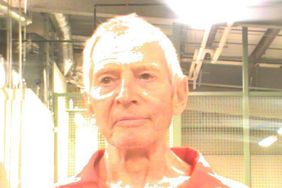 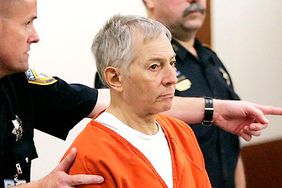