A retired New York City cop is accused of attacking a Washington, D.C., police officer with a flagpole during the Jan. 6 riot at the United States Capitol, PEOPLE confirms.

According to a criminal complaint obtained by PEOPLE, Thomas Webster, a former U.S. Marine, was allegedly captured on police body camera footage carrying a large metal flagpole with a U.S. Marine Corps flag and yelling, "You f------ piece of sh--. You f------ mother-------, man."

He then allegedly lunges at an officer from D.C.'s Metropolitan Police Department with the flagpole, striking him multiple times, the complaint states.

Moments later, Webster is allegedly seen tackling the officer to the ground and punching him for about 10 seconds, according to the complaint.

In another video, which was posted to Twitter, Webster is allegedly seen pinning the officer to the ground and trying to forcibly remove his face shield and gas mask, the complaint states.

The riot was incited by former President Donald Trump's repeated false claims that the November presidential he lost has been stolen from him. Before the insurrection, Trump delivered a disgruntled hour-long speech outside the White House, urging supporters to march to the Capitol, where lawmakers had begun ratifying President-elect Joe Biden's victory, and telling them, "You will never take back our country with weakness."

Webster faces six charges, including assaulting an officer with a dangerous weapon. His lawyer, James Monroe, said his client will plead not guilty to all charges, the Associated Press reports.

Monroe said during a virtual hearing before a magistrate on Tuesday that his client acted in self-defense after the officer punched him, The New York Times reports.

"He went there as an American citizen to protest, an event that was urged on by our former president — to protest an issue that Tom felt very strongly about," Monroe said, according to the Times. "That's protecting the Constitution."

But federal prosecutor Benjamin A. Gianforti said no evidence showed the officer punching Webster before the assault, which Gianforti described as a "shock to the conscience," the Times reports.

The Times, citing a law enforcement official, reports Webster, 54, retired from the NYPD in 2011 and served in the unit that provided security for the mayor, the mayor's residence at Gracie Mansion and City Hall.

Webster turned himself in. On Tuesday, he was ordered held without bail. 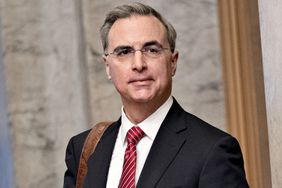 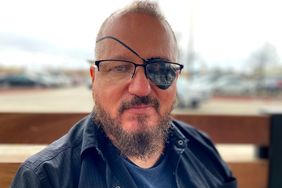