Charges against Transformers actor Shia LaBeouf were dropped in a Chicago courtroom Wednesday, after the drugstore where he had allegedly appeared intoxicated decided not to press charges, TMZ reports.

Last month, a security guard in a downtown Windy City Walgreens repeatedly told the actor, 21, to leave the store because he appeared intoxicated, police said. When LaBeouf refused, the guard alerted authorities.

Next year, LaBeouf is due to be seen in the long-awaited Indiana Jones and the Kingdom of the Crystal Skull.
– Stephen M. Silverman 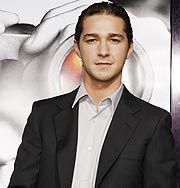