Calif. Woman's Mansion Death Was Ruled a Suicide 8 Years Ago — But Family Believes It Was Murder

In July 2011, the deceased, nude body of 32-year-old Rebecca Zahau was found hanging by a makeshift noose from the second-floor balcony of her millionaire boyfriend’s California mansion.

The certified ophthalmic technician was gagged. Her hands and feet had been bound.

Zahau, who was dating pharmaceuticals executive Jonah Shacknai, was discovered just hours after she allegedly accessed her voicemail on which a message had been left about the grim prognosis of Shacknai’s 6-year-old son Max, who was hospitalized after falling down a staircase in the Coronado mansion.

Zahau was the only adult present when the boy fell. The child later died from his injuries.

Police contend Zahau’s death was a suicide. But her family believes she was murdered, and the years since her death have not convinced those who are skeptical of the conclusion of authorities.

On June 1 at 6 p.m. ET/PT, Oxygen will premiere a limited series about the case titled Death At The Mansion: Rebecca Zahau. The series looks at the case with former prosecutor Loni Coombs, crime journalist Billy Jensen and forensic criminologist Paul Holes, known for his work in helping solve the case of the Golden State Killer, who is believed to have committed at least 13 murders and 50 rapes in California in the 1970s and ’80s.

Zahau’s family believes she was strangled, sexually assaulted and killed before her body was hung off the deck. They have pointed the finger at Shacknai’s brother, Adam Shacknai, who was the first to discover Zahau’s body but who according to police was not culpable in her death.

California Mansion Mystery: Did Rebecca Zahau Kill Herself — or Was She Murdered?

Still, the family filed a wrongful death suit against the brother and in April 2018, he was found liable by a civil jury in Zahau’s death. In February, after a judge refused to reverse the jury’s verdict, the case was settled for $600,000, which was paid by an insurance company covering Shacknai’s legal exposure. Shacknai’s attorney insists the settlement took place without Shacknai’s knowledge, NBC7 reports.

Zahau family attorney C. Keith Greer tells PEOPLE the family is now considering whether to file legal action against the San Diego County Sheriff, whose department insists that Zahau died at her own hands. Greer says he is also preparing to petition the medical examiner’s office to change the cause of death from suicide to homicide.

The Zahau family will not stop until “the murderer is behind bars,” he says.

The Sheriff’s Department has long maintained that Zahau killed herself because she felt responsible for Max’s accident.

Years ago, investigators showed reporters a video reenactment of how they believe she was able to bind her hands and feet and then hang herself. Investigators said they also found her fingerprints on a knife that was used to cut the rope and her toe impressions on the balcony floor.

After the civil jury verdict, the department assigned new investigators to reexamine the evidence. Those investigators came to the same conclusion as the ones before, stating the evidence in the case does not support the jury’s verdict.

“We conducted an objective and thorough investigation into Miss Zahau’s death,” the sheriff’s department wrote in a statement to PEOPLE. “The facts of that investigation have led to the conclusion that Miss Zahau took her own life.”

Adam Shacknai’s attorney Seth Weisburst says his client had nothing to do with Zahau’s death and was blindsided by the allegations against him.

Shacknai, who had flown to California after hearing the news about Max’s accident and was staying in the estate’s guesthouse, said that after seeing Zahau’s body, he called 911, cut her down and tried to administer CPR.

“He, from the beginning, was in the wrong place at the wrong time, and has had his whole life upended by this,” says Weisburst.

Weisburst says Shacknai is angry about the settlement agreement between the insurance company and Zahau’s family, and that it wasn’t Shacknai’s decision.

“He had no part in it,” Weisburst says. “He was frustrated by the fact that impacted his ability to clear his name, which he was very interested in trying to do through the court system.” 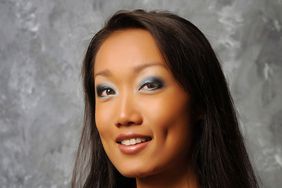 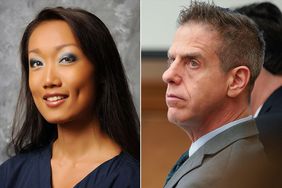 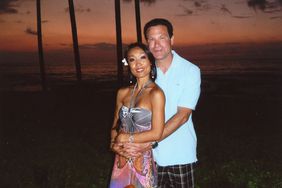 California Mansion Mystery: Did Rebecca Zahau Kill Herself — or Was She Murdered?

Death in a Mansion: Was It Murder?