Kelly Bensimon is proving to be an exciting addition to The Real Housewives of New York City. Bensimon, 40, and a six-foot-tall former model and marathon runner, is facing misdemeanor assault charges after attacking her boyfriend Nick Stefanov.

“She was arrested on March 5 at 9:10 a.m. for punching her fiancé in the face, and [she] gave him a laceration under his left eye. She was arrested for assault – it’s a misdemeanor,” the New York City Police Department tells PEOPLE.

The reality star’s lawyer, Stephen Turano, says Bensimon “has entered a plea of not guilty. We are confident that the charges are unfounded and we look forward to a quick resolution.”

According to reports, Bensimon got into a physical confrontation with Stefanov, giving him a black eye and a gash on his left cheek. Stefanov fled the apartment after the altercation and went to the police precinct.

Though there are reports that the two are engaged, a source close to Bensimon says that’s not the case. “[Stefanov] is claiming that they were engaged, which is delusional. They have been on-and-off for three to three-and-a-half years, and during that time they were never exclusive. She was always dating other people.”

The friend adds that Bensimon is “upset and embarrassed” by the ordeal, and says that Stefanov has tried to reach out to Bensimon since the charges were filed.

Bensimon, who surrendered to police, has been charged with misdemeanor third-degree assault. She is due in court on March 31. 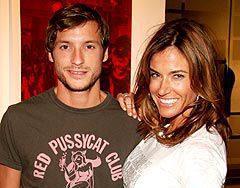 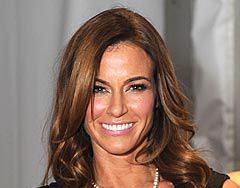