The eccentric couple, who missed multiple court hearings in their felony case, later posted bail and are free again

Randy and Evi Quaid pressed their luck with a Santa Barbara, Calif., court – and lost.

The eccentric couple were sent to jail Monday by Superior Court Judge Frank Ochoa for missing multiple hearings in their felony case. They had been wanted as fugitives.

“They came to court this morning hoping that Judge Ochoa would forgive them for not showing up a couple weeks ago, but the judge said they showed disrespect by prior failures to appear and by flashing Randy’s Golden Globe award in court the last time around,” Santa Barbara District Attorney Arnie Tolks said, referring to the couple bringing to a hearing Randy’s best-actor trophy for the 1988 miniseries LBJ: The Early Years. “They both apologized to the court, but the judge obviously didn’t take it lightly.”

The pair originally were arrested in Marfa, Texas, in September 2009 after allegedly skipping out on a more than $10,000 bill at the exclusive San Ysidro Ranch in Santa Barbara.

Although they have since paid their outstanding bill, prosecutors say a crime was still committed. 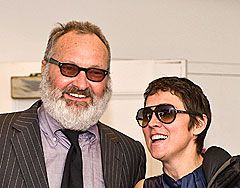 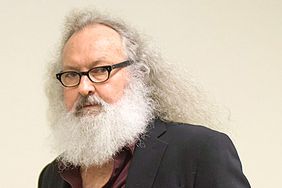 INSIDE STORY: Randy Quaid's Journey from Actor to Alleged Felon

Randy Quaid Is Arrested in Canada for the Second Time This Year, Faces Deportation Back to the U.S.