A new public service announcement attempts to keep families safe during the coronavirus pandemic, when Americans are buying guns at higher rates while their kids are at home.

With gun purchases increasing, potentially endangering kids and teens hunkered down at home, the PSA discusses proper gun storage. It was produced by gun violence prevention non-profits Everytown for Gun Safety and Moms Demand Action under the organizations’ “Be SMART” program, which is focused on safe storage.

The ad targets new gun owners who have bought guns during the pandemic. USA Today reports that in March, the FBI did 3.7 million background checks for firearm purchases, the most ever in a single month and over 1 million more than in March 2019.

The PSA shows people during the pandemic playing a trivia game on social media — and learning about the dangers of keeping unsecured weapons in the house.

“With millions of children and teens across the country at home from school closures, secure gun storage is the best protection against unintentional shootings by children and has been shown to decrease the risk of teen suicide,” states a release from Everytown and Moms Demand Action, which push for stricter gun safety laws.

Congressional Including Sen. Amy Klobuchar of Minnesota, Sen. Bob Casey of Pennsylvania, Rep. Jason Crow of Colorado have released videos in support of the campaign.

The ad will run on streaming services and other digital platforms to raise awareness of the urgent need for secure gun storage, the release says.

“Not only will guns not save us from the coronavirus, but they will actually put families at greater risk of harm,” said Shannon Watts, founder of Moms Demand Action.

Adds John Feinblatt, president of Everytown for Gun Safety, “The coronavirus pandemic has not stopped our gun violence epidemic — in fact, when it comes to crimes in the home, it’s made it worse.”

He adds, “Everytown is running this PSA to ensure that new gun owners understand the risks of keeping a gun accessible to kids, and how secure firearm storage can save lives.”

Col. Shannon Klug, a member of the Everytown Veterans Advisory Council and a volunteer with the North Carolina chapter of Moms Demand Action, says, “My military training taught me to respect guns as tools that come with risk, if not carefully handled, and I still carry that lesson with me today.

“Responsible gun owners like me keep their firearms locked, unloaded, and separate from ammunition. The stakes are too high to leave things to chance,” Klug says.

Every day, guns kill approximately 100 Americans — with hundreds more left shot and wounded, according to the Centers for Disease Control and Prevention. Americans are 25 times more likely to be killed by gun violence than people in other wealthy countries, according to a 2016 study by the American Journal of Medicine. 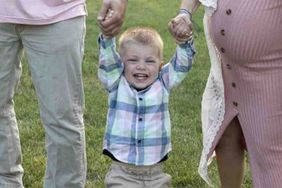