Andrei Ducila and Luiza Badea were apprehend by U.S. Marshals

Police in New Mexico say they have found a missing family that hadn't been seen since early May — and now, a mother and father are facing serious charges in North Carolina.

Capt. Shane Blevins from the Hobbs Police Department tells PEOPLE Andrei Ducila, 25, and Luiza Badea, 22, and three of their children were located in Houston, Texas, over the weekend.

The parents were taken into custody, and the children were transferred to state child welfare officials.

In June 2019, Ducila and Badea were charged with child abuse after allegedly using their young children to panhandle for money outside a retail store in Hobbs, Blevins confirms.

The couple's children were initially placed in the custody of the Children Youth and Families Department, but the kids were returned to their parents in late March.

A CYFD worker visited the couple's home on May 1 for a welfare check, but discovered the house was empty. Calls to the parents' cell phones were not answered.

In mid-May, Ducila and Badea were formally charged with felony custodial interference. The four counts of child abuse filed against the couple in June 2019 are still pending, court records show.

Investigators late last week pinged the parents' cell phones, and learned they were in the Houston area.

They were apprehended by U.S. Marshals.

The 3 children they had with them are doing fine, Blevins said.

The couple's youngest child, an 18-month-old girl, is also back in New Mexico after spending weeks in a North Carolina hospital, where officials allege her parents dropped her off before fleeing.

The baby received treatment for skull fractures and brain bleeding. Blevins tells PEOPLE the severity of her brain injuries rendered the child blind.

Blevins says authorities from North Carolina are currently interviewing the children in New Mexico. The parents will likely face child abuse charges in North Carolina as well, according to Blevins.

Ducila and Badea remain in custody.

Neither has entered pleas to the new charges they face.

It was unclear Monday if they had attorneys who could speak on their behalf. 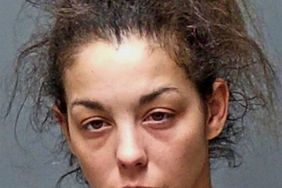 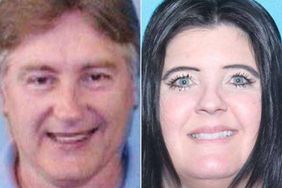