Ross Harris's 22-month-old son, Cooper, died after being left in an SUV in 90-degree temperatures on June 18

The mother of a 22-month-old boy who died after being left in a hot car said at his funeral Saturday that she doesn’t blame her husband, Justin Ross Harris – despite Harris telling police that he’d been researching child deaths in cars in the days leading up to his son Cooper’s death.

Harris, 33, has pleaded not guilty to charges of murder and second-degree child cruelty after he left Cooper for seven hours in the family’s sweltering SUV while he went to work in Marietta, Georgia, on June 18.

According to a search warrant obtained by PEOPLE, after police seized computers and other electronic devices from his home, Harris “stated that he recently researched, through the internet, child deaths inside vehicles and what temperature it needs to be for that to occur,” during an interview with officers. “Justin stated that he was fearful that this could happen.”

He remains in jail without bond and is due to appear before a judge on Thursday.

Harris was not allowed to attend his son’s funeral in Tuscaloosa, Alabama, on Saturday but he addressed the mourners via speakerphone, CNN reports. “Thank you for everything you’ve done for my boy,” he said, noting that his son had a “good life” and he had no words to say. “Just horrible,” he added. “I’m just sorry I can’t be there.”

Harris’s wife, Leanna, then spoke to the crowd. “Am I angry with Ross? Absolutely not,” she said. “It has never crossed my mind. Ross is and was and will be – if we have more children – a wonderful father. Ross is a wonderful daddy and leader for our children.”

Leanna was still on the phone with her husband as she followed her son’s casket out of the church and said, “I love you,” before hanging up. 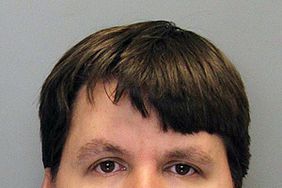 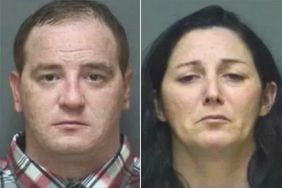