At about 10 p.m. on Thursday, rioters set fires inside and around the Minneapolis Police Department's 3rd Precinct building, WCCO reported. In a statement, according to the outlet, police said, “In the interest of the safety of our personnel, the Minneapolis Police Department evacuated the 3rd Precinct of its staff. Protesters forcibly entered the building and have ignited several fires.”

Protests over police brutality also took place in neighboring St. Paul, where police said more than 170 businesses have been "damaged or looted," and about a dozen fires have been set. The New York Times reports lawmakers and employees were evacuated from the State Capitol as a precaution.

Protests have also spread across the country to cities like Denver, Chicago, Los Angeles and New York.

The ongoing protests were touched off by the death of Floyd, 46, whose final moments were caught on-camera, with viral footage sparking widespread outrage on social media. In the video, an officer — later identified as Derek Chauvin — is seen placing his knee firmly on the back of Floyd's neck as he lies face down on his stomach, next to a patrol car.

On Tuesday, four Minneapolis police officers at the scene of Floyd's killing were fired.

According to ABC News, the Minnesota National Guard has been activated to help the local fire department extinguish fires amid the protests.

Mayor Jacob Frey discussed the demonstrations on Twitter, writing that the outrage is the "result of so much built up anger and sadness – anger and sadness that has become engrained in our Black community, not because of just five minutes of horror—but 400 years."

Frey also called for local residents to "hold our communities dear" and "do right by them" by "safeguarding them and the community assets they need."

"We need to offer the radical love and compassion we all have in us. I believe in this city and I know you do, too," he wrote.

In a joint statement, the families of Floyd, Breonna Taylor and Ahmaud Arbery — two other recent black American victims of wrongful killings — say they are "devastated about the senseless violence that has broken the hearts of our families."

"While we are grateful for the outpouring of love and support, it’s important that now — more than ever — we use our voices to enact change, demand accountability within our justice system and keep the legacies of Breonna, Ahmaud and George alive," the statement says. "This is a national crisis and our government needs to take immediate and widespread action to protect our black and brown communities." 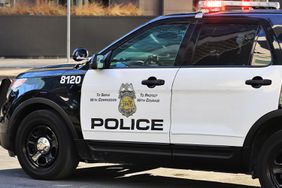