The actor "pushed and dragged" his girlfriend, prosecutors say

Lou Diamond Phillips was charged Thursday with domestic battery, a misdemeanor, related to an incident in August involving his live-in girlfriend, the Associated Press reports.

An argument in the early hours of Aug. 11 escalated into a physical fight, and Phillips’ girlfriend “was pushed and dragged across the house, resulting in scrapes to both knees,” Los Angeles city attorney Rocky Delgadillo said in a statement.

The woman, who PEOPLE reported in August was makeup artist Yvonne Boismier, called the police from a locked bathroom in the Northridge, Calif., home, Delgadillo said. Phillips, 44, was arrested, held for about 10 hours and released.

If convicted, he could face a maximum of one year in jail and a $2,000 fine. His arraignment is scheduled for Oct. 18.

Phillips was married for 10 years to makeup artist Kelly Preston (who changed her last name to Phillips). They have three children: twins Grace and Isabella, 8, and daughter Lili, 6. Preston filed for divorce in 2005. From 1986 to 1990, Phillips was married to Julie Cypher, who later entered a long-term relationship with Melissa Etheridge and gave birth to their two children.

In recent years, Phillips has primarily been doing television work, with appearances on shows including Law & Order: Special Victims Unit and 24. He is best known for his role as Ritchie Valens in the 1987 film La Bamba. 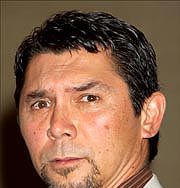 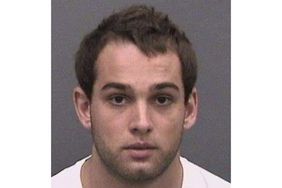