Bernard, who passed away as the vice president of corporate security for Hearst Corporation, succumbed to an extended cancer battle, a family member’s representative confirms to PEOPLE. He was 68.

“He went peacefully at home with his wife of 34 years, sister Joan, and daughters Lydia Hearst and Gillian Hearst-Simonds, along with [her] husband Christian Simonds by his side,” the rep says. “He was loved deeply by his family and adored by everyone who had the pleasure of meeting and knowing him. We kindly ask that you respect the privacy of the family during this time.”

Bernard, who served as a police officer in San Francisco for 15 years in the past, was highly respected by those who last worked with him.

“For three decades, Bernie served Hearst Corporation with loyalty and distinction,” Steven R. Swartz, president and CEO of Hearst Corporation told Connecticut’s NewsTimes. “All of us are grateful for his long tenure and friendship. He will be greatly missed.”

It was no ordinary love for Shaw and the newspaper heiress-turned inmate, who is now 59. The pair met at San Francisco’s Top of the Mark restaurant the day after Hearst was released on $1.5 million bail in 1976 for robbing a bank. She was convicted later that year, and Bernard drove 60 miles from his home near San Francisco four times a week to visit her in confinement in Pleasanton, Calif.

On Valentine’s Day in 1978, the pair got engaged. They wed the following year, after Hearst’s release from the 22-month prison stint.

The couple walked down the aisle of the redwood-walled chapel on Treasure Island in the middle of San Francisco Bay. Since getting married, they had their two daughters together.

Before marrying Hearst, Bernard was a divorced father of two. 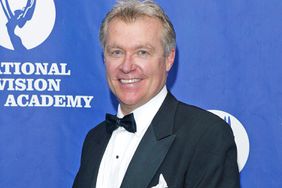 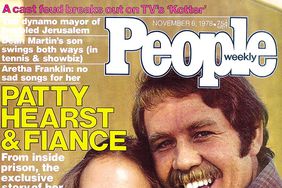 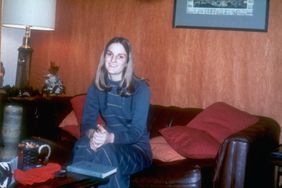 Back in Prison, Patty Hearst Waits on Tables—and for An Uncertain Future 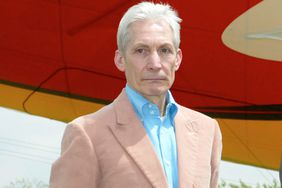 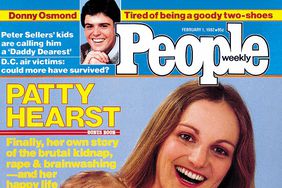 Long Since Returned to An Ordinary Life as a Young Mother, Patty Hearst Still Thinks About Her Safety