Parrow slammed the comedian after he allegedly mocked the teenagers’ efforts for stricter gun control laws during a standup set earlier this month.

“Louis C.K, although taking jello shots & eating mushrooms might have been ideal for you when you were 18, that is not the luxury that we have after having to see our friends and classmates in caskets because of preventable gun violence,” Parrow wrote on Twitter on Monday.

Her comment was a reply to activist Shannon Watts, who also criticized C.K.

“Imagine thinking the best way to resurrect your career after admitting to sexual misconduct is to mock trans people and Parkland gun violence survivors,” she wrote.

On Feb. 14, 17 teenagers and adults were killed in the shooting at Marjory Stoneman Douglas High School in Parkland, Florida.

A father of both a Parkland shooting victim and survivor also slammed the comedian.

“To anyone who knows Louis CK, please deliver this message for me. My daughter was killed in the Parkland shooting. My son ran from the bullets,” he wrote. “My wife and I deal with loss everyday. Why don’t you come to my house and try out your new pathetic jokes?”

In new audio that went viral over the weekend, the disgraced comedian is allegedly heard calling the survivors “boring” and questioning why their opinions matter.

“Testify in front of Congress, these kids, what the f—? What are you doing?” he said, according to CNN. “‘Cause you went to a high school where kids got shot, why does that mean I have to listen to you? Why does that make you interesting? You didn’t get shot. You pushed some fat kid in the way and now I gotta listen to you talking?”

The caption of the since-deleted YouTube clip claimed that the stand-up set took place on Dec. 16 at Governor’s Comedy Club in Levittown, New York, according to Variety.

An attorney for C.K. did not immediately respond to PEOPLE’s request for comment. 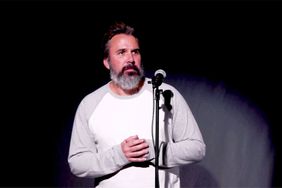 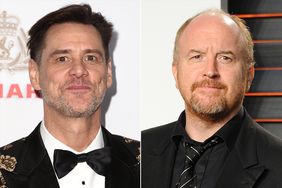