It was a rough week for Oscar Pistorius.

Sometimes sobbing, other times covering his ears, the former Olympian sat in court as witness after witness testified about the night that he fatally shot his girlfriend, Reeva Steenkamp. Neighbors and paramedics described his anguished behavior on the night of Feb. 14, 2013, as Steenkamp lay dying of multiple gunshot wounds.

But even worse for Pistorius was testimony that painted him as irritable, short-tempered and obsessed with firearms. While his defense attorney tried to mitigate the damage, it was clear that the man known as Blade Runner faces an uphill battle in court.

Pistorius’s neighbor Michelle Burger was the first witness called by prosecutors. She told the court that she heard a woman’s “bloodcurdling screams” on the night of the shooting, followed by four shots. According to her testimony, there was one shot fired, followed by a pause. Then, three shots were fired in rapid succession.

During cross-examination, Pistorius’s attorney, Barry Roux, suggested that the bloodcurdling screams were actually from Pistorius, who he says “screams like a woman” when he’s under stress.

The judge in the non-jury trial also heard from Pieter Baba, a security guard in Pistorius’s gated community. Baba testified that he called Pistorius after getting reports of gunshots coming from the house, and claimed that Pistorius initially said that everything was “fine” before hanging up. Moments later, Pistorius called him back and sobbed into the phone.

Perhaps the most riveting testimony was that of Samantha Taylor, Pistorius’s former girlfriend. She told the court she was just 17 when she began dating Pistorius, and that she stayed overnight “on average four nights a week” at his home in Pretoria, South Africa.

But Taylor claims that the relationship was rocky, due to Pistorius’s temper and reckless behavior. The couple split in 2012.

“We broke up because he cheated on me with Reeva Steenkamp,” Taylor tearfully testified.

During her testimony, she told the court that Pistorius always kept a gun by his side and had numerous gun-related incidents, including a bizarre moment when he shot through the open sunroof of his car.

Taylor also contradicted the defense’s theory that the bloodcurdling screams belonged to Pistorius. “He often screamed at me,” she testified coldly. “And he sounds like a man.”

Pistorius’s murder trial will resume on Monday. Less than a tenth of the witnesses have taken the stand, indicating that Pistorius is in for several more difficult weeks as prosecutors try to prove their case beyond a reasonable doubt.

If Pistorius is convicted of murder, he faces 25 years in prison before he is eligible for parole. 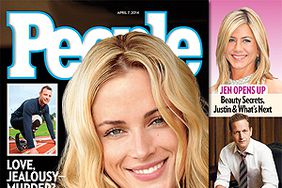 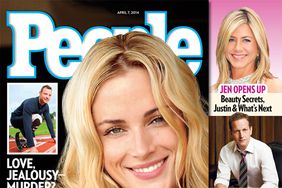 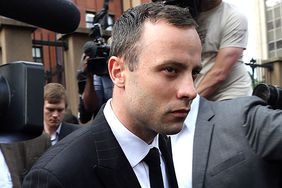 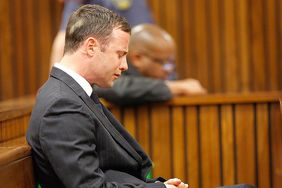 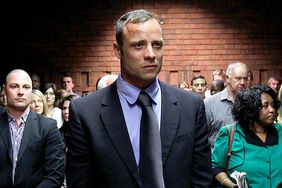 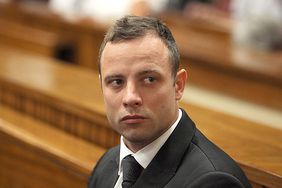 Oscar Pistorius: The Olympian, the Model ... and Murder? 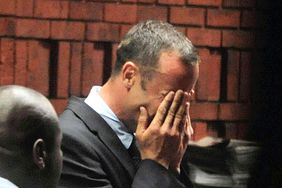