The suspect was not from the Orlando area, police previously said, and a motive is not yet known

Authorities have identified the suspect in a mass shooting at a popular gay nightclub in Orlando, Florida, early Sunday as Omar Saddiqui Mateen.

CNN, CBS News and NBC News had all previously reported police sources as identifying the shooter as Mateen, a 29-year-old whose parents are from Afghanistan. Authorities held off on initially identifying the gunman as they waited to contact his next of kin. However, they confirmed that it was Mateen on Sunday afternoon.

An FBI source tells PEOPLE that Mateen’s father is a known Taliban supporter who has a YouTube show where he called for the arrest of former Afghan President Hamid Karzai, among others.

At least 50 people were killed and at least 53 people hospitalized following the shooting, now the deadliest mass shooting in modern American history.

The shooter “appeared to be carrying an assault-type rifle and a handgun. He had some type of device on him,” Orlando Police Chief John Mina said Sunday morning.

The shooter was born in New York and was not from Orlando, authorities confirmed. They also confirmed that the man was known to the FBI ahead of his attack.

ISIS has claimed responsibility for the attack and a source previously told PEOPLE that authorities were looking into his background for possible connections.

“The Islamic State [ISIS] called for attacks on the West during Ramadan,” the source continues. “In the wake of San Bernardino, we are very much mindful of how this can play out.”

A federal law enforcement official also told PEOPLE that the shooter spoke with a 911 operator during his attack, pledging allegiance to ISIS and mentioning the Tsarnaev brothers, who orchestrated the Boston Marathon bombings in 2013.

Speaking from the White House Sunday afternoon, President Barack Obama said, “We know enough to say this was an act of terror and an act of hate.”

“The FBI is appropriately investigating this as an act of terror,” he said. “We will go wherever the facts lead us … What is clear is he was a person filled with hatred.” 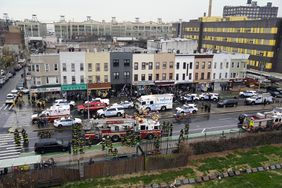 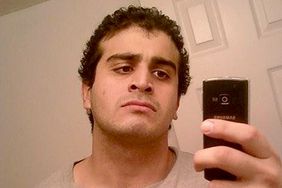 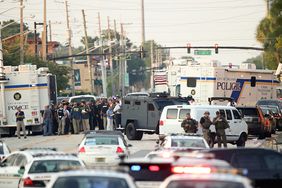