Hero Student Told Shooter 'You Aren't Getting By Me' Before He Was Shot, Pastor Says

Amid the devastation and horror of the chaos at Umpqua Community College where at least 10 people are reported dead and at least 20 wounded, Pastor Dennis Kreiss is doing everything he can to counsel and bring hope amid the pain.

“It has been a very long exhausting day,” Kreiss tells PEOPLE after spending the afternoon at Mercy Medical Center in Roseburg, Oregon where at least 10 injured were taken after Thursday’s mass shooting rampage. “I spent several hours there talking to relatives of people who have been shot. As far as I know no-one, who has been shot that I met with, has been lost at this point.”

Kreiss, who is a pastor at Pine Grove Community Church, says he spoke to a family whose son, a student at the college, was in surgery. The student was shot five times, including once in the abdomen, after he confronted the gunman [identified as 26-year-old Chris Harper Mercer, according to multiple reports] outside a classroomat Snyder Hall.

“He told all the students in his class to get to a safer place,” he says. “He went outside of the classroom and stood by the door to make sure the shooter didn t come in. When the shooter came out of the classroom he confronted him and said, ‘You aren t getting by me’ and at that point the shooter shot him five times and the shooter moved on and apparently didn t go in that classroom. I applaud the guy’s heroism. He may have saved the people in the classroom. Many people are depraved in our society and he was ready to lay down his life for his friends.”

The student, he says, made it through the surgery “with flying colors.”

Kreiss says he saw several distraught family members show up at the hospital looking for loved ones.

“One of the most difficult parts was several people came in looking for loved ones,” he says. “It was really traumatic. Some of them had not made contact yet.” 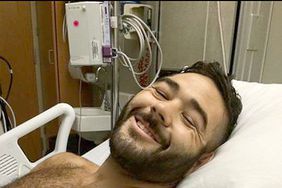 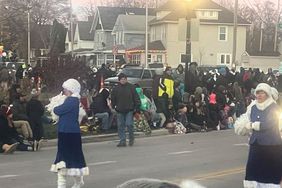