It’s hard to mount on occupation on an empty stomach.

Despite claims that the armed militiamen who are occupying a U.S. Fish & Wildlife Service building in Oregon are set up for a lengthy stay, Facebook posts from some of the men and their supporters are asking for supplies, including “snacks and energy drinks.”

While Ammon Bundy initially told The Oregonian that his group was ready to occupy the building “for years, absolutely,” posts are circulating on social media that are asking for, among other things, cold weather supplies (including socks) and the aforementioned snacks and energy drinks on behalf of the group.

“We are not asking for money,” a message from Jon Ritzheimer, an organizer of assorted anti-Islam rallies, posted by one Blaine Cooper, reads. But “we will humbly accept money donations,” the post continues.

“Things we could use,” the post adds, before listing: “Cold weather socks, snacks, energy drinks, equipment for cold weather, snow camo, gear,” and “anything you think will help.”

So maybe “years” was a bit ambitious. 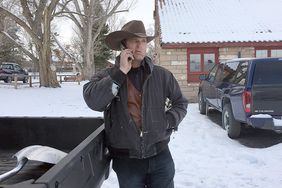 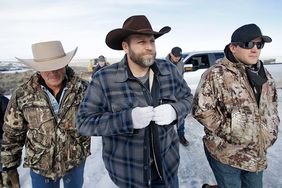