Nonprofit Operation LIPSTICK disrupts the flow of guns by appealing to the women who, knowingly or not, play a part in buying, holding or hiding them

Ruth Rollins’ 21-year-old son, Danny, had a loyal and loving heart, just like his mother, and a young daughter who “was his life.”

But Ruth, 54, knew he also sometimes ran with a violent street crowd in the Roxbury area of Boston.

When Danny was found shot to death in 2007, in a still-unsolved slaying, Ruth felt judged by some, as if her son’s behavior had put him in the line of fire. “It’s like our babies don’t matter, but all babies matter,” she tells PEOPLE in this week’s issue, on newsstands Friday.

“I wanted to be part of the solution.”

She found it with a fledgling grassroots effort, Operation LIPSTICK, which stands for Ladies Involved in Putting a Stop to Inner-City Killing.

The nonprofit disrupts the flow of guns by appealing to the women who help buy, hold or hide guns for their partners — also oftentimes their abusers — whose criminal pasts prevent them from legally obtaining or holding guns themselves.

• For more on Operation Lipstick, pick up this week’s issue of PEOPLE, on newsstands Friday.

As LIPSTICK’s first field director, Ruth, who works with victims of domestic violence, carried its message to vulnerable women. (The first “LIPSTICK Lady” was Rashandra Riley, a former college honors student who was manipulated into being a straw-buyer.)

Rollins told them they would be complicit in crimes committed with those guns and if charged and convicted, they could lose jobs, homes and their children.

More than 5,000 women have responded by signing pledge cards vowing not to be used, and LIPSTICK’s Boston effort has expanded with chapters in New York City and San Francisco.

“It’s a homegrown community response that focuses on and takes advantage of the really distinctive role that women can play around this issue,” says David M. Kennedy, of the National Network for Safe Communities at John Jay College of Criminal Justice. “It makes all kinds of sense, and it absolutely deserves attention.”

Newer recruits have succeeded Ruth in her role. Today, Judy Rose, 34, and Shante Leathers, 28, LIPSTICK’s current program director and field director, take their presentation to south Boston hair and nail salons, libraries and community centers, educating their peers on the stakes for their community.

She says she’s lost friends to gun violence and hopes to protect her 5-year-old son, Noah.

Ruth describes LIPSTICK as “a sisterhood,” and she credits the effort for alerting her to the ways in which guns used in crime are trafficked. It also turned her pain into a purpose.

“LIPSTICK helped me to carry the voice,” she says, “but also to heal. When I started telling my story, I started healing even more.” 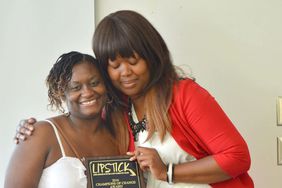 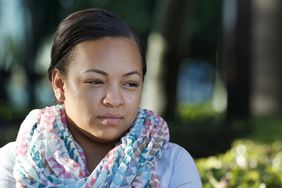 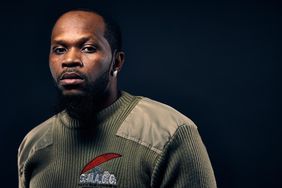 How a Gang Member Became an Anti-Gun Violence Advocate: 'Anything Is Possible' 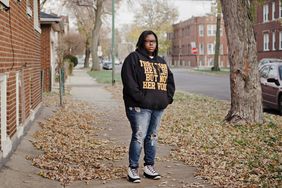 She Lost 33 Friends to Gun Violence: How One Woman Is Trying to Save Lives 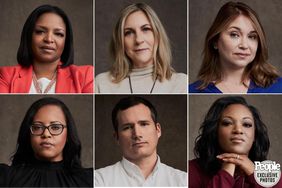