Okla. 19-Year-Old Murdered Parents and Younger Siblings — Stabbing Them 141 Times with His Brother

A Oklahoma jury has found a teen guilty of killing his parents and three young siblings, as well as attempting to kill a 13-year-old sister who survived the attack and testified against her brother.

Michael Bever, now 19, was accused of the July 2015 stabbing deaths of his parents, David and April Bever, and three younger siblings, Daniel, Christopher and Victoria.

Authorities said Michael Bever, and his older brother Robert stabbed their family a total of 141 times. Robert, now 21, pleaded guilty in 2016. PEOPLE confirms he is serving life without the possibility of parole.

Prosecutors showed jurors a red notebook that Michael Bever kept in his jail cell while awaiting trial. “Once upon a time, there were two brothers named Michael and Robert,” he wrote in crayon. “They hated their family, so they killed them. The end.”

The prosecution also played jurors a 911 call that 12-year-old Daniel Bever made on the night he was killed, whispering “help” several times before telling the operator that “my brother is attacking my family.” The boy then said, “Michael, please don’t murder me” before the phone went dead.

The surviving sister, who is now 16, calmly testified by video that her brothers collected knives and body armor, which she believed “was not normal,” according to KTUL.

She became emotional as she described the night of the murders, saying that she could hear one of her younger brothers screaming during the attack.

According to the prosecution, Michael turned off the home’s alarm system before the attack. He also tricked three young siblings into opening their locked doors.When the injured 13-year-old escaped into the yard, Michael dragged her back into the house.

But the defense tried to argue that Robert Bever had committed most — if not all — of the stabbings. “Michael Bever got caught up in his mentally ill brother’s fantasy turned reality turned nightmare,” defense attorney Corbin Brewster told jurors. “There are layers to this story. It’s not black and white.”

Brewster also argued that Michael Bever had a mental age of 10 years old at the time of the murders. He told jurors that Michael looked up to his brother and did whatever the older teen asked. Robert Bever is now being treated for severe mental illness while serving his life sentence.

“It was Robert Bever’s descent into mental illness,” Brewster told jurors. “Michael was put into a container with that. It was a pressure cooker, and it blew up in an awful and overwhelming way.”

In the end, the jurors sided with the prosecution, finding Michael Bever guilty of five counts of murder. He was also found guilty of one count of assault and battery in the attack on his sister.

Bever will be in court on Thursday for sentencing. Both sides will present additional evidence before jurors make a sentencing recommendation.

PEOPLE’s call to his defense attorney was not immediately returned. 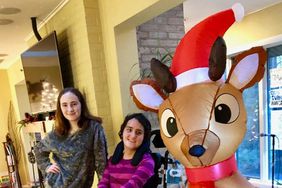 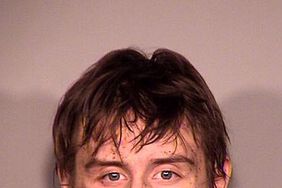 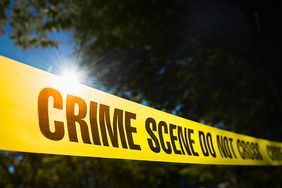 Teen Accused of Murdering Parents, 3 Siblings in Oklahoma Says It Was Only the Beginning of a Planned Killing Spree: Report