Lesley Hendrix had been charged with the death of a 23-month-old whom she had been babysitting in November 2015, but still had not stood trial

An Oklahoma woman who has been in jail for four years has died.

Hendrix was reportedly taken to a nearby hospital after her collapse, where she was pronounced dead.

Hendrix had been charged with the death of a 23-month-old whom she had been babysitting in November 2015, the newspaper reported.

The Oklahoma Medical Examiner's Office ruled at the time that the baby's cause of death was blunt force trauma to the head, the El Reno Tribune reported. The medical examiner reportedly said that the trauma was caused by abuse and during the time the baby was being looked after by Hendrix.

An autopsy showed that the baby died of a subdermal hematoma caused by blunt force trauma, the outlet reported.

Hendrix reportedly told authorities at the time of the baby's death that she had put her down to sleep but then could not wake her up, KFOR News reported.

Hendrix's trial had been delayed, and the El Reno Tribune reported that she was the Canadian County jail's longest held inmate ever, having been incarcerated since January 2016.

The baby's mother, Dawn Little Elk, said at a preliminary hearing that she had dropped her children off at Hendrix's house and later received a text from Hendrix saying that there was an emergency, according to the El Reno Tribune. Court documents reportedly showed that Hendrix had called 911 that morning as well.

The baby died the next day, according to the El Reno Tribune, and doctors said that based on her symptoms, she must have suffered the abuse while in Hendrix's care. 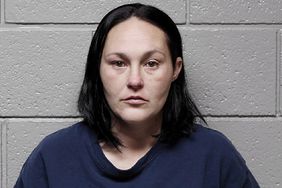 Oklahoma Inmate Who Died After Collapsing in Shower Suffered from Flesh-Eating Disease: Report 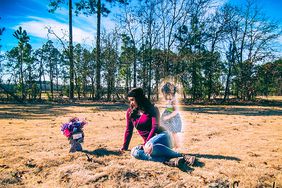