Michael Valva, the Long Island father charged with murder after his 8-year-old son, Thomas, died from severe hypothermia after allegedly being forced to spend a January night in a frigid garage, has resigned from the New York Police Department, in a bid to recover the money he contributed to his pension.

An NYPD spokesperson confirms to PEOPLE Valva, 41, resigned from the force on Wednesday.

Valva had been with the department for 15 years.

According to Valva's lawyer, John LoTurco, the transit officer left on his own accord.

LoTurco told Newsday his client wanted to recover what he had already contributed to his pension.

Said LoTurco to the paper: "He executed paperwork in that regard today, which protects his benefits and his pension. There's no admission of any wrongdoing. It allows him to forgo any disciplinary hearing and in exchange, he will no longer receive any salary or any future benefits."

An NYPD spokesperson tells PEOPLE Valva no longer has a pension, because all of the money he had put into it over his 15-year career has been returned to him, along with whatever interest had accrued.

Valva and his fiancee, Angela Pollina, 43, were charged with second-degree murder soon after Thomas' Jan. 17 death. Both have entered not guilty pleas.

According to prosecutors, Thomas and his older brother, Anthony, were made to sleep in the garage of their father's Center Moriches, New York, home.

Both boys are on the autism spectrum. They were allegedly provided no blankets or pillows, and had to sleep on the cold concrete floor.

‘Why Can’t Thomas Walk?’ Inside Alleged Abuse, Death of Thomas Valva, 8, and Charges Against Cop Dad

The next morning, Thomas collapsed on his way to the school bus and lost consciousness.

The boy's body temperature had dropped to 76 degrees.

Valva and Pollina -- the mother of three girls who also lived in the home -- are both in jail without bond.

Valva had a status conference on Wednesday.

His lawyer plans to request his that client be tried separately from Pollina.

She also alleges that county and state officials ignored her numerous complaints — allegations outlined in a $200 million civil suit filed this spring.

Prosecutors allegedly recovered a recording from that morning, showing the couple's alleged indifference to Thomas' welfare.

When Thomas' brother asks, "Why can't Thomas walk?," in the recording, Pollina allegedly responds, "When you're washed with cold water and it's freezing, you get hypothermia."

Later on in the audio, when asked why Thomas was falling, Michael Valva allegedly says, "Because he's cold. Boo f–king hoo." 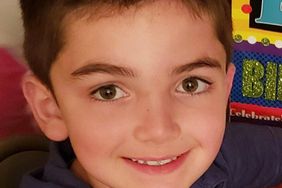 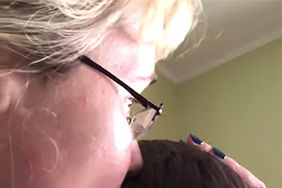 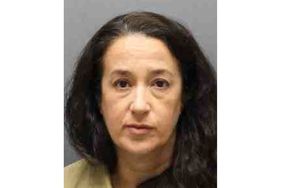