A North Carolina man has been charged with human trafficking after being accused of keeping a sex slave for 5 years.

The horrifying investigation unfolded last Wednesday on Jan. 22 when officials received a concerning alert from the National Human Trafficking Tip Line alleging that a man named Salvador Espinoza Escobar was suspected of human trafficking, the Randolph County Sheriff’s Office revealed in a statement on Facebook.

Soon after, police obtained a search warrant and 48-year-old Salvador Espinoza Escobar was arrested and taken into custody “without incident.”

Escobar was later charged with one count of felony human trafficking.

“He is accused of holding a person in sexual servitude by withholding basic needs in exchange for forced sexual acts since January 2015,” the Randolph County Sheriff’s Office said in the statement.

Detectives have since interviewed the alleged victim and say her statements corroborate with the tip from the National Human Trafficking Hotline, local outlet WXII 12 reported.

“Most traffickers or handlers are not what you see in Hollywood. They’re charismatic. They’re personable. They’re very good at manipulating people into doing what they want them to do. It’s generally people who are in a very vulnerable situation, that don’t have a lot of choices, or other choices, or other stable living environments that are subject to trafficking,” Chief Deputy Col. Aundrea Azelton told WXII 12.

On Friday, Jan. 24, Escobar appeared in front of Randolph County Judge Rob Wilkins via video conference, WXII 12 reported. During the conference, Escobar told a judge that he would be hiring his own attorney, according to the news outlet.

It is not immediately clear if he has obtained legal representation at this time.

The District Attorney’s Office did not immediately return PEOPLE’s call for comment. 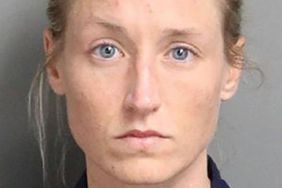