Stephen Martinsen and Thomas Dowling admitted to slashing the tires of two cars and breaking the window of one during an incident in 2019, according to Monmouth County Prosecutor's Office

Two police officers in New Jersey have pleaded guilty to vandalizing two cars belonging to a man who had filed a complaint against them.

The incident occurred in the early morning hours of Sept. 3, 2019.

The men said they vandalized the cars after the owner had submitted an internal affairs complaint against them with the Asbury Park Police Department, according to prosecutors.

“Spiteful retaliation from law enforcement officers towards a citizen for any reason is an unacceptable option. This is in no way condoned at any level, for any reason," Monmouth County prosecutor Christopher J. Gramiccioni said in a statement. "All members of the law enforcement community must maintain the public’s trust by conducting themselves at the highest level of integrity and decency."

Per terms of the plea agreement, the men will pay for the cost of damages and permanently forfeit any future public employment in the state of New Jersey.

A sentencing is scheduled for Oct. 16, with prosecutors recommending probation for Martinsen and Dowling once they have made payment on the damages.

Martinsen — who started working for the Asbury Park Police Department in 2014 — has been suspended without pay since the incident, while Dowling was fired from his post when the initial charges were filed, according to a release from the prosecutor's office.

Attorneys for Martinsen and Dowling did not immediately respond to PEOPLE's request for comment.

"The cooperative efforts of the Asbury Park Police Department’s Internal Affairs Unit and the Monmouth County Prosecutor’s Office’s Professional Responsibility Unit is a clear example of how effective our current internal affairs policies are," Asbury Park Police Chief David Kelso said in a statement. "These officers were held accountable for their actions and misconduct and we will continue to hold our officers responsible to build upon the trust of the community that we serve."

Though prosecutors did not release any details about the victim or the complaint he filed, local outlet NJ Advance Media identified him as Ernest G. Mignoli in an interview with the 70-year-old Ashbury Park resident last year.

“I just wouldn’t think it would be in the scope of police officers to do something like that,” he said at the time. “I’m a concerned citizen, outspoken critic of Asbury Park Police Department. But this goes behind the pale.” 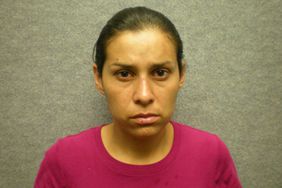