Nigella Lawson Drug Use Allegations: ABC to Air 'The Taste' Despite Controversy

Amid shocking accusations of "daily" drug use, the TV chef continues to focus on her career and her kitchen

Has TV chef Nigella Lawson been abusing cocaine, cannabis and prescription pills for more than a decade?

That’s what the The Taste judge’s two assistants claimed Tuesday in a British court, in an explosive hearing that now seems to be targeting Lawson’s character.

A U.K. rep for Lawson, 53, declined to discuss the new reports with PEOPLE, citing he “can’t comment during live proceedings.” But according to the U.K’s Telegraph, the prosecutor on the case told the court, “This is a totally scurrilous account which has been raised by the defense.”

Those who work with Lawson agree. Despite the recent accusations, ABC is moving forward with the second season of Lawson’s reality show The Taste, which filmed in L.A. this past fall. “The show will air as planned beginning Jan. 2,” a rep for the network said.

For her part, Lawson’s only comment has been to post a holiday hotcake recipe on her Twitter account, telling fans “the perfect recipe to show thanks for all your support & to those who hashtag #teamNigella.”

Lawson’s new controversy started last year when her then-assistants, Francesca and Elisabetta Grillo, were arrested and charged with defrauding Lawson’s ex-husband, Charles Saatchi, 70, out of almost half a million dollars. But they claim that they were allowed to use his company credit card in return for keeping quiet about the British chef’s alleged drug use.

A judge ruled that the sisters’ “bad character” claims about their former boss could be used in court as part of their defense, and that means Lawson could be cross-examined about her alleged drug use when she gives evidence in the case, The Telegraph reports.

The sisters spent hundreds of thousands of dollars on vacations and designer handbags, which Lawson “essentially would consent to … on the understanding that there would be no disclosure to her husband of her usage,” Elisabetta Grillo’s lawyer, Anthony Metzer, told a London court.

The court heard on Tuesday that Saatchi, a British advertising exec and art collector, sent his ex-wife an email in October in which he said he believed “every word the Grillos said,” and that she had allowed them to spend whatever they liked because “you were off your head on drugs.”

Lawson and Saatchi divorced in July after pictures surfaced in June that appeared to show Saatchi physically assaulting his wife of 10 years in a London restaurant.

Lawyers for the Grillos, Saatchi and Lawson did not return calls for comment. 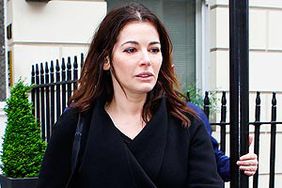 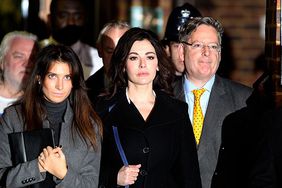 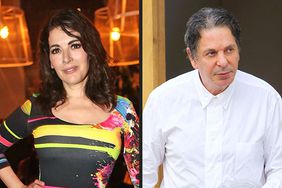