Nick Carter was arrested after a fight broke out in Key West, Florida, on Wednesday evening, according to police documents obtained by PEOPLE.

The Backstreet Boys singer was booked by the Monroe County Sheriff’s Office on a misdemeanor battery charge following an incident outside Hog’s Breath Saloon, the documents claim.

The Key West Police Department’s report claims Carter, 35, appeared intoxicated when officers arrived at the saloon Wednesday evening. According to the documents, a bartender refused to serve Carter and Michael Papayans and they were asked to leave multiple times.

Witnesses allegedly claimed that once the men were outside the bar, Papayans head-butted an employee and Carter grabbed a bouncer’s throat, the police report states. The incident was captured by a security camera, police said.

A representative for Carter, who is expecting a son with wife Lauren this spring, declined to comment when contacted by PEOPLE. 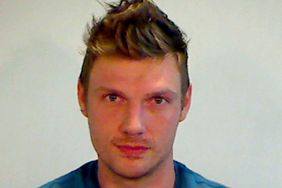 Nick Carter on His Arrest Following Alleged Bar Brawl: 'The Truth Will Come Out'

Nick Carter Speaks Out After Arrest for Alleged Bar Brawl: 'I'm Not Perfect'