Four years ago, a gunman opened fire in the Capital Gazette newspaper office in Annapolis, Md.

Editor's Note: Four years ago, five people were killed during a mass shooting at the Capital Gazette office in Annapolis, Md. In 2019, the shooter pleaded guilty to all 23 counts against him. But citing his mental health, he has pleaded not criminally responsible.

On the four-year anniversary of the shooting, PEOPLE is republishing its 2018 post identifying the victims.

A reporter in the newsroom related the horrifying account of his colleagues getting shot.

"Gunman shot through the glass door to the office and opened fire on multiple employees," Phil Davis, the crime reporter for The Capital Gazette in Annapolis, Maryland, tweeted shortly after the shooting in his office.

"Can't say much more and don't want to declare anyone dead, but it's bad."

Hours later, police announced that five people had been killed and two had been injured.

The accused gunman, Jarrod Warren Ramos, has been charged with five counts of first-degree murder, according to court records obtained by PEOPLE.

According to multiple reports, the suspect, 38, had a long-standing grudge against the paper and had once filed a defamation suit against the paper that was dismissed. Threats against the paper had come in "as early as today," Acting Deputy Chief William Krampf of the Anne Arundel County Police Department said Thursday.

Police described the shooting as a "targeted attack."

Thursday evening, police announced the names of the fatal victims.

Wendi Winters was a mother of four who built her reputation as a journalist for being prolific about writing news on her community, according to The Baltimore Sun.

Her daughter, Winters Geimer told the publication her mother "was a wonderful woman and a fantastic reporter. Her life was a gift to everyone who knew her and the world will not be the same without her."

"We are grieving and trying to make sure all of us can be together to celebrate the life of our mother," she added.

Winters joined The Capital-Gazette as a full-time staff member in May 2013 after a decade of being a freelancer. The Baltimore Sun reported she was a "proud Navy mom," a Red Cross volunteer and a Girl Scout leader from a "strong, pro-military family."

Rob Hiaasen was the assistant editor of The Capital-Gazette, according to his byline. His brother, the bestselling author Carl Hiassen, honored him on Facebook before the news was confirmed by police.

"I am devastated and heartsick to confirm the loss of my wonderful brother Rob today in the mass shooting in the newsroom at the Annapolis Capital Gazette," Carl wrote.

"Rob was an editor and columnist at the paper, and one of the most gentle and funny people I've ever known," he continued. "He spent his whole gifted career as a journalist, and he believed profoundly in the craft and mission of serving the public's right to know the news."

Carl offered insight into his brother and who he was, writing, "We called him Big Rob because he was so tall, but it was his remarkable heart and humor that made him larger than all of us."

"Please keep our family in your thoughts and prayers tonight," Carl added. "Hug your loved ones like there's no tomorrow."

Hiaasen passed away on his wife, Maria's, 58th birthday. They celebrated their 33rd anniversary six days before the shooting. Hiaasen had given Maria a birthday present that she wanted to wait to open until he returned from work.

"There was no finer human being, there just wasn't," she told the Sun Sentinel. "And certainly no finer father, and he was a damn fine journalist too."

Gerald Fischman, 61, wrote editorials for the Maryland newspaper for more than 25 years, despite being denied a job at the paper when he first applied, according to his obituary at The Baltimore Sun.

Editor and publisher Tom Marquardt told the newspaper Fischman "was a great writer."

"He was a really smart guy, so smart that he tried out for Jeopardy twice," Marquardt said. "But he couldn't get accepted because they didn't like his personality. That was Gerald's spin, anyway."

Fischman joined the newspaper in 1992 and would sit at his desk, full of piles of books, while always wearing a buttoned-down V-neck cardigan, the publication reported.

A private man, Fischman's colleagues were shocked when he told them he had met an opera singer from Mongolia online and married her.

"We nearly fell out of our chairs. We never expected Gerald to get married, let alone to an opera star," Marquardt said.

Rebecca Smith, 34, was a sales assistant at the newspaper who was described by her boss, Marty Padden, advertising director for The Capital-Gazette, as "a very thoughtful person."

"She was kind and considerate, and willing to help when needed. She seemed to really enjoy to be working in the media business," Padden said.

The recent hire for the newspaper leaves behind her dog and a fiancé as well as future step-daughter.

"Endo Warrior. Dog Mom. Softball Fiance. Bonus Mom to the best kid ever," she wrote in her Facebook bio.

John McNamara was a sports editor who worked at the newspaper for nearly 24 years. The sports enthusiast went by "Mac" and was described as a "jack of all trades and fantastic person" by former The Capital-Gazette editor Gerry Jackson who spoke to The Baltimore Sun.

A reporter at the newspaper, Jeff Barker, said McNamara was "a loyal friend."

"He was willing to mentor young journalists," Barker said. "In other words, he never allowed his professional distance to detract from just being a thoroughly decent person."

McNamara is survived by his wife Andrea Chamblee. 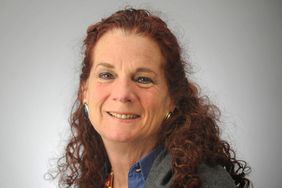 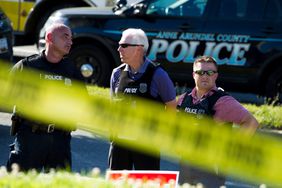 After 5 Killed in Newsroom Shooting, Reporter Vows to Press On: 'We Are Putting Out a Damn Paper Tomorrow' 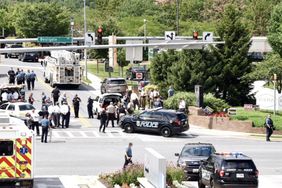 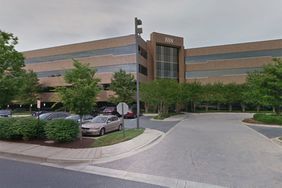 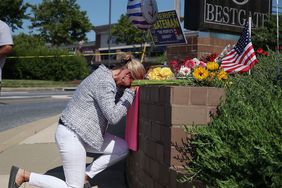 Newspaper Massacre Survivor: 'I Couldn't Give a F---' About Thoughts and Prayers 'If There's Nothing Else' 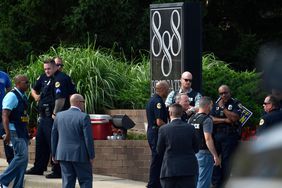 Inside the Horror of Maryland Newsroom Where Gunman Killed 5 People: 'Nothing More Terrifying' 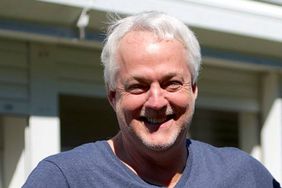