In October 2009, James Arthur Ray was atop his game. A best-selling author and spiritual leader — he disdains “self-help guru” — his company had earned $9.4 million the previous year. His books, DVDs and seminars were marketed to those who eagerly embraced his philosophy of personal growth by confronting and learning from their fears.

He was catapulted to prominence after appearing in the hugely popular 2006 self-help movie The Secret. Oprah interviewed him on back-to-back shows. Couples paid more than $100,000 per year to join an exclusive circle with one-on-one access to him. When he charged $9,695 apiece for clients to attend a five-day retreat in the scrublands outside of Sedona, Arizona, some 60 people signed up.

But then three people died in Sedona as part of a sweat lodge exercise Ray led, and everything collapsed — as revisited in the documentary Enlighten Us: The Rise and Fall of James Arthur Ray. The film explores questions not only of Ray’s personal responsibility, but of the needs and responsibilities of those who seek to be led.

On Oct. 8, 2009, Ray and his Sedona retreat participants packed themselves, skin-against-skin, into that 415-sq.-ft. makeshift sweat lodge meant to push them through their limits and cleanse mind and body. He promised “the most intense heat you’ve ever experienced, I can guarantee you that,” according to a recording of the event made by his staff.

But as wave after wave of hot rocks were brought inside, people were overcome. Two died at the scene; 19 were hospitalized, including a third person who died later.

Ray, 59, was convicted of negligent homicide and sentenced to two years in prison.

“I repented, I grieved, I anguished, and I finally got my head back on and began studying my craft and how I was going to utilize that to better my own life, and also to better the lives of those people I’m blessed to serve,” he says.

“The ‘comeback’ and the ‘be back’ and the ‘I am back’ is here. A lot of what that entails is me processing for myself exactly what occurred, and going through that process of responsibility, redemption, and then moving toward resilience.”

In the film, which premiered earlier this year at the TriBeCa Film Festival, family members of those who died object to Ray’s return to the work he was doing when those three lives were lost. “I still think he’s dangerous,” says one, who is unidentified, “because he doesn’t understand that his actions actually made these deaths inevitable.”

A Case Study in Charisma

Filmmaker Jenny Carchman does not otherwise include interviews with relatives of Liz Neuman, 49, a mother of three who worked on Ray’s events; James Shore, 40, a father of three; and Kirby Anne Brown, 38, a decorative artist. (After Brown died, her family created an organization, SEEK Safely, designed to “educate, empower and promote the public about the unregulated self help industry,”according to the nonprofit’s website.)

Says Carchman, who did meet with Brown’s family while making the documentary: “Their story is so deep and awful and tragic, and so understandably complicated, so much so that it could be an entire film.”

“The grief and the loss of the victims is horrible, but it’s a very separate story than the one we were telling,” she tells PEOPLE. Instead, she says she found herself drawn to the topic after reading about Ray’s sentencing, and was pulled into the question of how people could die while on a quest for improvement. Meeting Ray for the first time while he was jailed, “I realized he was such a compelling and very intriguing person that I wanted to follow up.”

In reviewing videos of Ray giving lectures and seminars at his peak, “he was very dynamic and alive and controlled and groomed … jumping around the stage and full of energy and a big personality,” compared to the scattered, scared and tearful man she first encountered. “He was both full of himself, and also denigrating. You see someone who was really lost,” she says. “I kept thinking about a boxer out of the ring.”

Carchman spent two years tracking Ray on his search as he redefines and reclaims his purpose. But she also interviews several of Ray’s former clients and supporters, some of whom attended the fateful Sedona retreat, to provide a first-person look inside the sweat lodge exercise and its aftermath, when Ray — on the advice of an attorney, he says — fled and left his followers abandoned.

In the film, Ray says: “I had gone back to my room, and I was like still not all together, ’cause I’ve just run this serious marathon on the tail end of an extremely emotionally taxing week already. And so I get in the shower, and when I get out, there’s a rap on my door, and it’s the police.”

At another point he says: “When they told me there were people in serious distress, I was like, what? I was in shock. … I mean, my entire life completely collapsed within the period of about 15 minutes.”

He tells the filmmaker: “In my mind it’s like, ‘investigating this as a homicide,’ you might get arrested, attorney’s saying get out of there — I mean, what would you do?”

Ray fought criminal charges that initially included manslaughter, for which the jury found him not guilty while still faulting him for negligent homicide.

At his sentencing the judge said: “The evidence from the trial and presentence proceedings show that Mr. Ray, as misguided as he was, believed he was helping people. And the evidence is that people believed they were being helped. … The court is still left to wonder, how is it that so many educated, knowledgeable people ignored basic common sense?”

Carchman’s film contains a startling conclusion from Ray, who is asked by the filmmaker how the tragedy could have happened.

Although he is seen giving a teary apology in court, and emotionally referencing the event in small-scale seminars as he begins again to court clients, Ray answers: “It had to happen, because it was the only way I could experience and learn and grow through the things that I’ve done. … You come out of a situation like this and you’re either bitter and angry, or you’re more awake and grateful, and I choose awake and grateful, and I choose to see it as a test of character, and a test through fire, and I think I did OK.”

Asked by PEOPLE what he has done for the families of those who died, Ray says: “I’ve done everything that’s been asked of me. I’ve served my time, I paid restitution, I reached out to them, contrary to what was reported. I received mixed response from that reaching out.” He explains further: “I received an order, a legal document, when I was in custody stating that if I was to contact them in any way, there would be legal ramifications. I’ve respected that and honored that and I’ve abided by the law.”

“I’m not ignoring what happened,” he says. “Just the opposite. In fact, I’m using it to help make everyone I engage with the very best they can be. I can talk to a lot larger audience from a broader perspective of experience today than I ever could before.”

But he is no longer on the road 250 days a year. Gone is the 7,500-sq.-ft. Beverly Hills mansion with the home gym and movie theater, on which he had fallen months behind in payments prior to his sentencing. He emerged from prison in debt. Divorced and single since before his rise to fame, he lives now in a 1,600-sq.ft., three bedroom condo in the Hollywood Hills. He coaches clients online, and makes far fewer personal appearances than he once did.

“Im exactly where I should be, and I must be,” the son of an Oklahoma minister tells PEOPLE. “My career is not a career for me, it’s a calling, and I say that very much with conviction. I never aspired to be a self-help guru. How I see myself is as a catalyst. I’m a catalyst to action, to help people stop dreaming and start doing.”

He is slightly critical of the film, and says he expected it to be a deeper examination of the legal system that came after him. But he says he’s never lost regard for those who died.

“I believed without a doubt that we were all safe,” he says. “I again take full and complete responsibility for the accident. I conceived of the exercise; we all believed in it. I led it, but I also participated in it. I didn’t anticipate what happened.”

“Sure, we all did something that was extreme. I fully know that Liz Neuman, James Shore and Kirby Brown are not victims — they’re heroes.”

“James, Liz and Kirby were there for a reason. It’s a reason we all have. It’s compelling people to do more, to be more, and to become more. They were totally and completely committed to that end. And so to me, that’s heroic. I think it’s disrespectful to their memory to label them as victims. I honor them. I hold them in the highest regard, and if their life is going to continue to have meaning — which, if I have anything to do with it, it will — then I believe the story needs to be told from their heroic position rather than a victim position.” 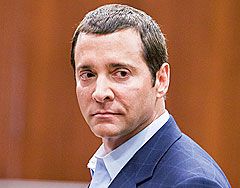 Deaths in the Desert 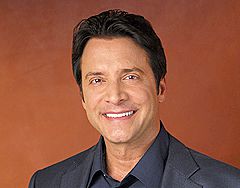 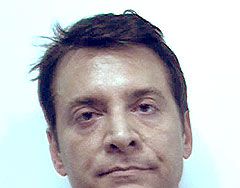