Nev. Dad Was Allegedly Killed by Teen Daughter and Her Boyfriend, Who Wanted to Run Away Together

Daniel Halseth was the ex-husband of Elizabeth Helgelien, a former state senator in Nevada

Two teens have been apprehended in Utah days after allegedly killing a man whose burned remains were found inside a garage.

One of the suspects in the brutal murder, according to police, is the victim's daughter.

PEOPLE learns that Daniel Halseth, 45, was found stabbed to death on Friday, after Las Vegas firefighters extinguished a small but intentionally-set fire at his home.

Police had also been contacted by Halseth's mother, who told them that she hadn't heard from him for days.

Investigators say that Halseth's body was located in the garage. Later, inside the home, authorities found evidence of both an extensive clean-up as well as a large burn area in the living room and accelerants.

The slain man's body had been placed in the garage prior to the start of the blaze, the Las Vegas Metropolitan Police alleges in a statement.

Police also found a chainsaw, a circular saw and a hand saw inside the residence. The latter, they allege, was covered in blood, and authorities found tissue in between the teeth of the saw.

Authorities believe that the fire was started to cover up Halseth's homicide.

At this point, investigators are not commenting on a motive, but have alleged that Aaron Guerrero, 18, and Halseth's 16-year-old daughter, Sierra Halseth, carried out the killing.

The two were arrested in Salt Lake City, Utah, on Tuesday, and are already being extradited back to Las Vegas, where they're each charged with open murder.

The victim was the ex-husband of Elizabeth Helgelien, a former state senator in Nevada.

Police allege Guerrero and Halseth's daughter had dated from May 2020 to December 2020. The teens' parents agreed they should no longer have contact after Halseth learned of their plans to run away together to Los Angeles.

PEOPLE was unable to determine if either of the suspects has an attorney who could comment on their behalf. 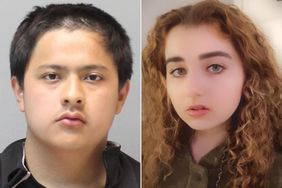 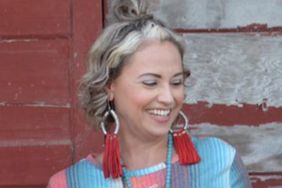